The exchange said Apple is demanding it pay a 30% tax on gas fees used to transfer NFTs. 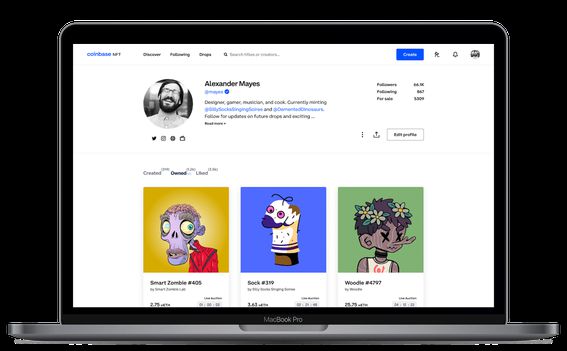 A mockup of a Coinbase NFT profile page (Coinbase)

Crypto exchange Coinbase (COIN) has disabled non-fungible token (NFT) transfers on its iOS wallet app because of a dispute with Apple (AAPL) over the company’s in-app purchase policy.

“For anyone who understands how NFTs and blockchains work, this is clearly not possible,” Coinbase said. “Apple’s proprietary In-App Purchase system does not support crypto, so we couldn’t comply even if we tried.”

The dispute is the latest in a months-long saga between Apple and the NFT community. In October, Appleofficially refusedto exempt NFT trading from its 30% App Store fee, a policy that has kept marketplaces like OpenSea from offering NFT trading within its mobile app.

“When someone imposes rules that can’t be followed, you should ask why,” Coinbase Chief Legal Officer Paul Greweltweetedin response to the decision.

Auto-Erotic Sphinx with Toys
In this image, a giant sphinx spoons itself in erotic play within an aquatic styled environment littered by various denizens. These creatures include symbols and archetypes both current and nostalgic–each inhabiting a rootedness within mass cultural adolescence. Among the roster are Servbots, video game inspired mushrooms, a Pacman-like creature, a distant sea faring rubber duck, creatures sporting the symbols reminiscent of popular anime, and a Pokemon-like rabbit (a novel incarnation of Ganesha indicated by the Shiva trident on its nose). In addition, a few sea creatures partly inspired by sea monsters of western antiquity conglomerate along the mid left side of the composition. The Sphinx itself is an amalgam of aquatic, fetishist, ancient Egyptian, and 80’s style adornments, both living, as in a clown fish, or material, such as a cassette tape. Nautically colored antennae receive somatic signals from the atmosphere, perhaps from the 8 Ball moon or giant ringed planet beyond.

CryptoKitties
Yo! I'm Kitty #429647. My friends describe me as despicable and fabulous. My secret indulgence is chocolate. This will be an amewsing friendship.