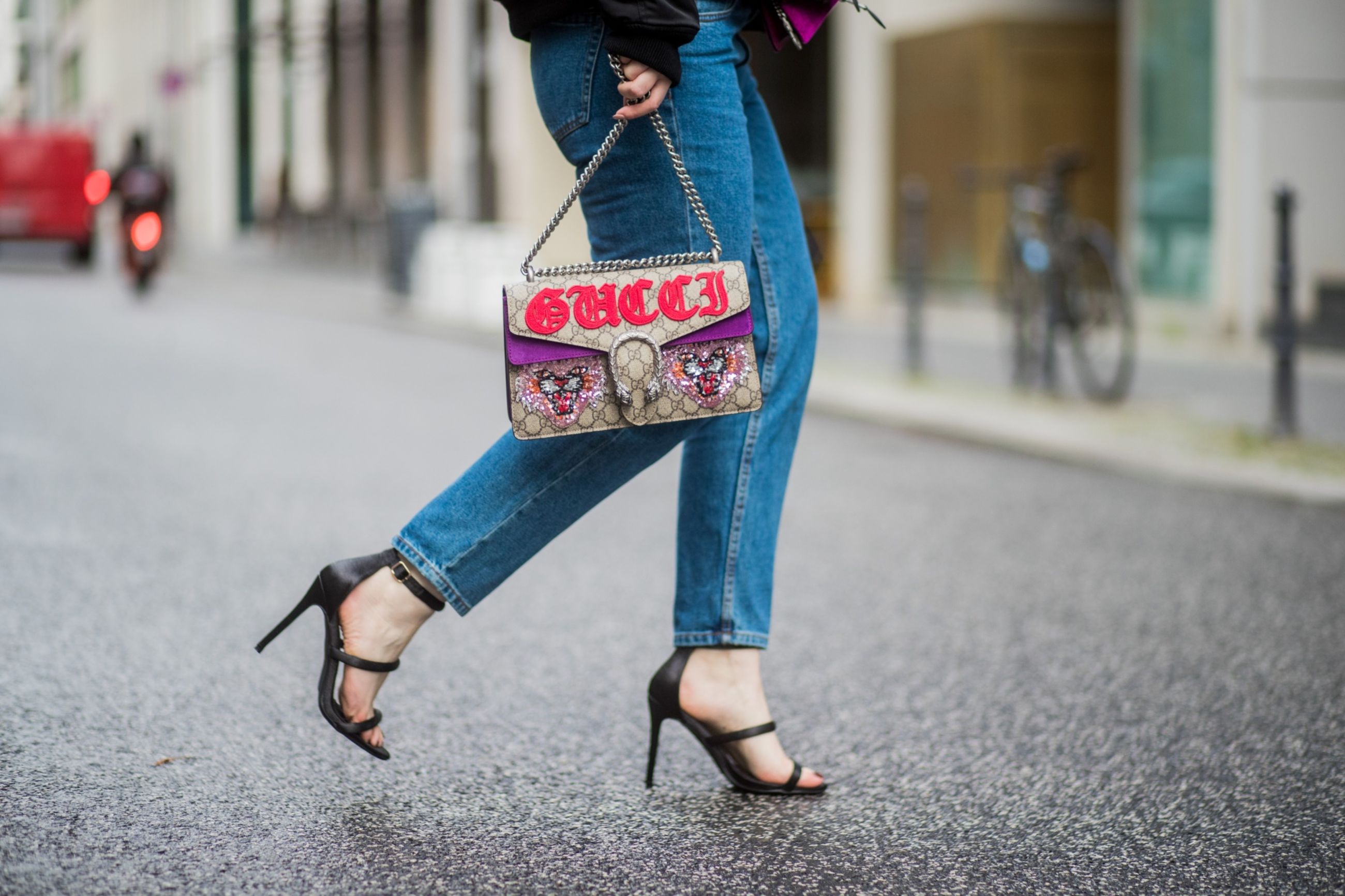 NFTs are bringing authenticity and exclusivity to the world of digital fashion.
The U.S. Doubled Down on its Housing Problems During the Pandemic

Even as construction of single-family homes booms, a new report paints a troubling portrait of racial and generational gaps in homebuying — and a severe lack of housing where it’s needed most.

Patrick Sisson
It might sound surprising — with sky-high home prices, lumber shortages, and bidding battles in seemingly every corner of the country — but the U.S. has been on a bit of a homebuilding tear. Single-family home starts topped the million mark last year, the first time that’s happened since 2007, and apartment construction is approaching levels “last seen in the ’80s,” says Christopher Bruen, director of research for the National Multifamily Housing Council (NMHC).

The problem is that this building boomlet hasn’t helped close the nation’s housing shortage, which has swelled to 3.8 million units, according to Freddie Mac, up from 2.5 million units in 2018. And the underlying problems were only exacerbated during the pandemic. The release this week of “The State of the Nation’s Housing” report by the Harvard Joint Center for Housing Studies, an exhaustive annual compendium of housing data, shows how the pandemic has exposed the rickety foundations of America’s housing, and not merely metaphorically: Aging rental units bear a $45 billion repair backlog, according to a 2019 analysis by the Federal Reserve Bank of Philadelphia and PolicyMap cited in the report.

“The inequalities amplified by the Covid-19 pandemic remain front and center,” the authors state early in the report’s intro. Those include shortages of housing near jobs, affordable housing and starter homes, as well widening racial inequalities around ownership, access and wealth. The striking rise in home prices — sales of existing homes were up 20% on average from September 2020 through February 2021, and new single-family home sales rose 20.4% in 2020 — has brought immense increases in wealth to existing homeowners, who often took advantage of record-low interest rates to contribute to record levels of mortgage refinancing and slash their monthly payments. Meanwhile, desperate buyers saw the cost of a down payment soar. In effect, the Covid housing market comforted the comfortable; an “acute shortage of homes for sale” mirrored an explosion in second-home sales.

A Windfall for Some

Home prices went up by double digits in 85 of the 100 largest metro areas, creating wealth that propped up existing owners, said Daniel McCue, a senior research associate at the Harvard Joint Center for Housing Studies: Those trying to buy for the first time have that much further to climb. The average price-to-income ratio, a measure of an area’s median home costs versus its median income, hit 4.4 last year, the highest since 2006, with 23 markets hitting 5.0. In San Jose, that ratio stood at 10.9, the highest in the country.
Longstanding inequities like the Black-white homeownership gap, which hit a 30-year high in 2019, have been worsened by the pandemic, he said. So has the generation gap: Between 2016 and 2019, the number of Boomer homeowners grew by 800,000 annually, more than the 500,000 annual increase of all other generations combined.

“Poor affordability is a great headline, but actually, this situation has created a housing opportunity for certain people, and they’re jumping on it,” said John Burns, founder of an eponymous real estate consulting firm. The already affluent were able to take advantage of Covid housing disruptions; his firm estimates there will be an 80% jump in people working remotely post-Covid, offering the affluent a chance to make money off long-distance moves. “It’s been a great opportunity for those who can move, and a real problem for those who can’t.”

Construction levels may be relatively high, but that’s only because they’re coming off years of low production since the Great Recession, says McCue. Even at full tilt, with existing labor and material shortages, “it’ll take us a while, even at the levels we’re going at right now, to catch up from underperforming.” For Millennials hitting prime homebuying age, new units aren’t necessarily a great first step on the property ladder; due to their premium price compared to existing units, they only accounted for 6% of entry-level sales, per CoreLogic.

Robert Dietz, chief economist at the National Association of Home Builders (NAHB), suggests there isn’t much room to further ramp up construction. To increase output by several hundred thousand homes, you need hundreds of thousands of new workers, at a time when labor shortages are creating a near-record number of unfilled jobs. NAHB research has found a broad basket of common construction materials has shot up 19% year-over-year, leading to higher rents and higher prices for homes.

“The system is good at building single-family homes in large quantities where there’s room to do so.”

The new homes that are being built aren’t necessarily sited in the places they’re needed most: New home permits in 2020 rose 9% in non-metro areas and 12% in the suburbs of large metro areas. “No matter what market you’re talking about, the furthest out in those areas are the strongest,” Burns says. “Even renters want to move out and get more for their money.”

Data and analysis in the report and elsewhere confirm that much of this recent single-family home building taking place is happening in exurbs and suburbs instead of densifying development near job centers and opportunity.

“The places where you can easily build are greenfields in the suburbs, away from job centers, which lock in car-dependent lifestyles,” says Jenny Schuetz, a senior fellow and housing policy expert at the Brookings Metropolitan Policy Program. “The rush to produce housing in suburbs and exurbs to meet short-term demand means we’re going to look back at this as a missed opportunity.”

Renters, Builders Ride Out a Rollercoaster

The pandemic has also impacted the multifamily housing market, pushing down rents in most urban areas during much of the pandemic. But the report’s authors conclude this is merely a temporary blip. Indeed, just as the Harvard report came out, Realtor.com released its May 2021 rental report, which found that U.S. rental prices just reached their highest point in two years. Despite big dips in high-end apartment rents throughout 2020, they’ve started to ramp back up at the beginning of 2021.

Rent is rising again at a time when economic conditions have ratcheted up pressures on low-income tenants. Harvard’s McCue said researchers found 17% of renters were behind on rent in the first quarter of 2021. Late rent payments have the biggest impact on small landlords, who often operate naturally occurring, unsubsidized, affordable housing,

Many renters will bear long-term financial scars from the pandemic. A Joint Center review of survey data found that roughly a quarter of renters who lost jobs due to Covid-19 reported “substantially depleted savings,” with one in four borrowing from friends and family and 10% turning to high-interest “payday” loans or personal loans. Along with food and utilities, housing costs absorbed substantial shares of stimulus checks for low-income households.
For affordable housing providers and developers, the pandemic “made everything harder,” said Rafael Cestero, president and chief executive officer of the New York-based Community Preservation Corporation. Projects were completed despite construction shortages, but since the rent for affordable housing is regulated, developers can’t pass the cost increase to tenants, which means projects are going to be squeezed and reserves are going to be tapped. He’s also concerned subsidies from state and local budgets may be reduced in coming years.

If there’s a silver lining here, it’s that the extremes to which renters, buyers and builders have been pushed in 2020 and early 2021 make it harder to ignore the scale of the housing shortage, says Brookings’s Scheutz. “If the only people who are feeling the pain are poor people and 20-somethings trying to buy their first apartment, that doesn’t move the policy needle,” she said. “Enough people screaming over the pain, and policymakers start waking up and paying attention.”

She points to statewide zoning changes that are designed to boost housing productions, most recently in Massachusetts and Connecticut, and a dawning realization that housing challenges damage the business climate and impact job and economic growth. That could lend momentum to efforts in other states to change financial incentives and reform zoning. The arrival of a Biden administration has brought more alignment between the local, state and federal housing policymakers, and hopes that an infrastructure deal can pour billions into affordable housing construction.

But the true impact may be the degree to which the pandemic’s economic shocks underscored the need for change.

“We saw how much federal spending it took to stabilize the millions of households that were affected financially by the pandemic,” said McCue. “It’s something we’re all affected by, the fact that so many households were at risk and weren’t able to pay for housing after losing their first paycheck. It was really surprising how quickly this turned into a housing issue. It shows how strained so many households are, when one paycheck can put you so far behind.”
Arts

CryptoKitties
Hi-ya! I'm Kitty #451088. I enjoy taking selfies, eating until I loathe myself, and staying woke. I once got in a fight with a dolphin, and won. Can you make my stinky dreams come true?

Meebit #8598
The Meebits are 20,000 unique 3D voxel characters, created by a custom generative algorithm, then registered on the Ethereum blockchain.