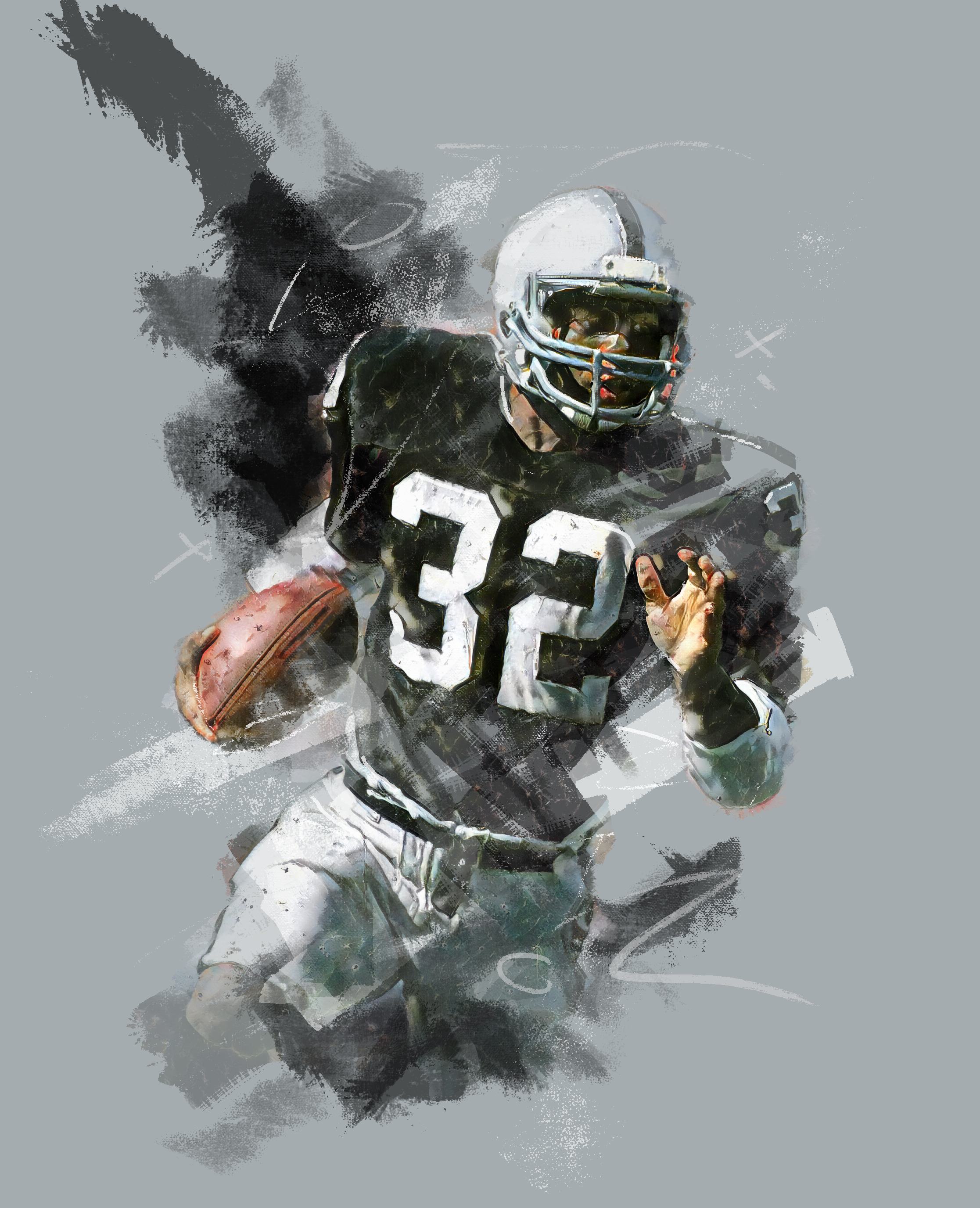 With the Pro Football Hall of Fame induction ceremonies coming up this weekend, a few Hall of Famers are putting out some pretty cool collectibles. In a series called Playbooks, six greats will be featured including Raiders greats Marcus Allen and Tim Brown.

This is the first-ever NFT for Allen who, like Brown, is in the rare group that won the Heisman Trophy and later was inducted into the Pro Football Hall of Fame.

Allen carries the distinction of being the only NFL player ever to win a Heisman, NFL MVP, Super Bowl, Super Bowl MVP and be enshrined in the Hall of Fame.

With that resume, you can bet he’s got a lot of stories to tell. Many of which people may not have heard before and which offer a unique in-depth look at what made Marcus Allen one of the NFL’s greats. He tells those stories through his NFT’s.

“I’m surely captivated by new technology and I also thought it was an innovative way to tell different stories,” Allen told RaidersWire.

“It’s my words and really, truly what it means to me. There are several plays in my career that may not be as meaningful to some, but once I tell the story, it’d sort of a stepping stone to get me where I eventually got to in the Hall of Fame.”

The Playbook series features a set of four NFT’s called Phenom, Star, Legend, and Icon. Essentially covering each stage of his football career from USC to being a star running back for the Raiders, continuing his legendary career in Kansas City, and ultimately being immortalized in Canton.

These NFTs are brought to you by the Hall of Fame Resort & Entertainment Company and Dolphin Entertainment. They are priced at $25 each and go on sale today at Blockfolio by FTX with a limited number of different custom NFT’s available.

The purchase of these NFTs provides several opportunities to unlock a variety of “extra” opportunities for engagement and interaction, including signed memorabilia, “meet and greet” opportunities and other unique experiences.

Collectors purchasing all “Playbooks” from a particular player within a certain amount of time will automatically be invited to join a video conference with that player, for example, while collectors who purchase the most “Playbooks” from a specific player within that same window will have the chance to receive signed jerseys, helmets and in the case of Doak Walker, even two tickets to next year’s Hall of Fame Enshrinement, courtesy of the Pro Football Hall of Fame. More details can be found here.

“I’m just looking forward to this new genre and what we’re creating for collectors. I think it’s fascinating,” Allen added. “It will be interesting to find out how many people are really excited about it. This is what we call progress. This is what we call change. It’s something new and exciting and hopefully, people will see this as something they want to be a part of.”

CryptoPunk #9373
The CryptoPunks are 10,000 uniquely generated characters. No two are exactly alike, and each one of them can be officially owned by a single person on the Ethereum blockchain. Originally, they could be claimed for free by anybody with an Ethereum wallet, but all 10,000 were quickly claimed. Now they must be purchased from someone via the marketplace that's also embedded in the blockchain.

CryptoKitties
Aloha! I'm Kitty #447979. I enjoy eating until I loathe myself, being a nevernude, and tricking babies. I was voted most likely to work at NASA in college. I hope we can be pawmates.