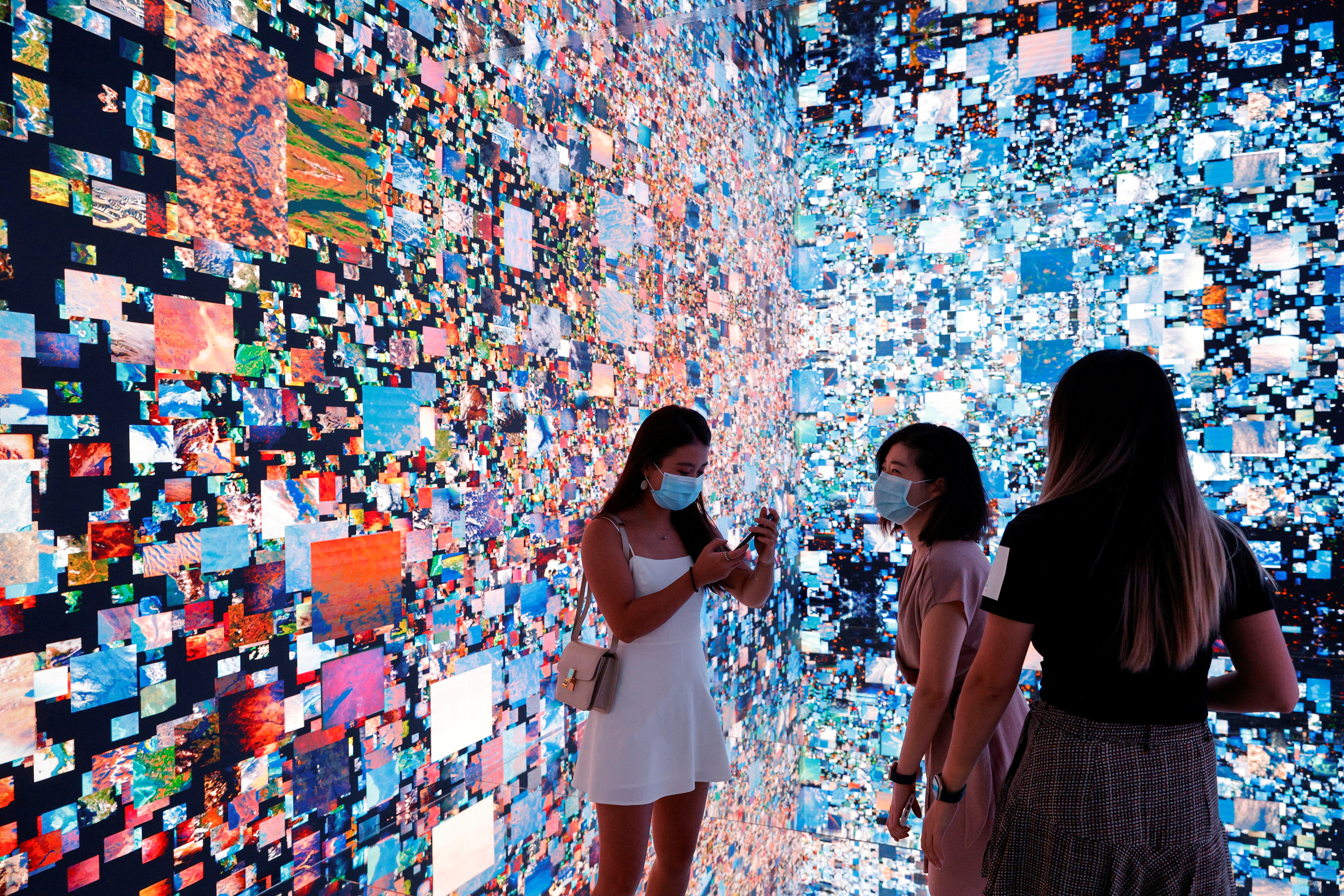 LONDON, Oct 4 (Reuters) - Sales volumes of non-fungible tokens (NFTs) surged to $10.7 billion in the third quarter of 2021, up more than eightfold from the previous quarter, according to data from market tracker DappRadar, as the frenzy for crypto assets reached new highs.

NFTs use blockchain to record the ownership of digital items such as images, videos, collectibles and even land in virtual worlds.

Surging sales and hefty prices on NFTs - items which do not physically exist - have baffled many but the explosive growth shows no sign of abating. 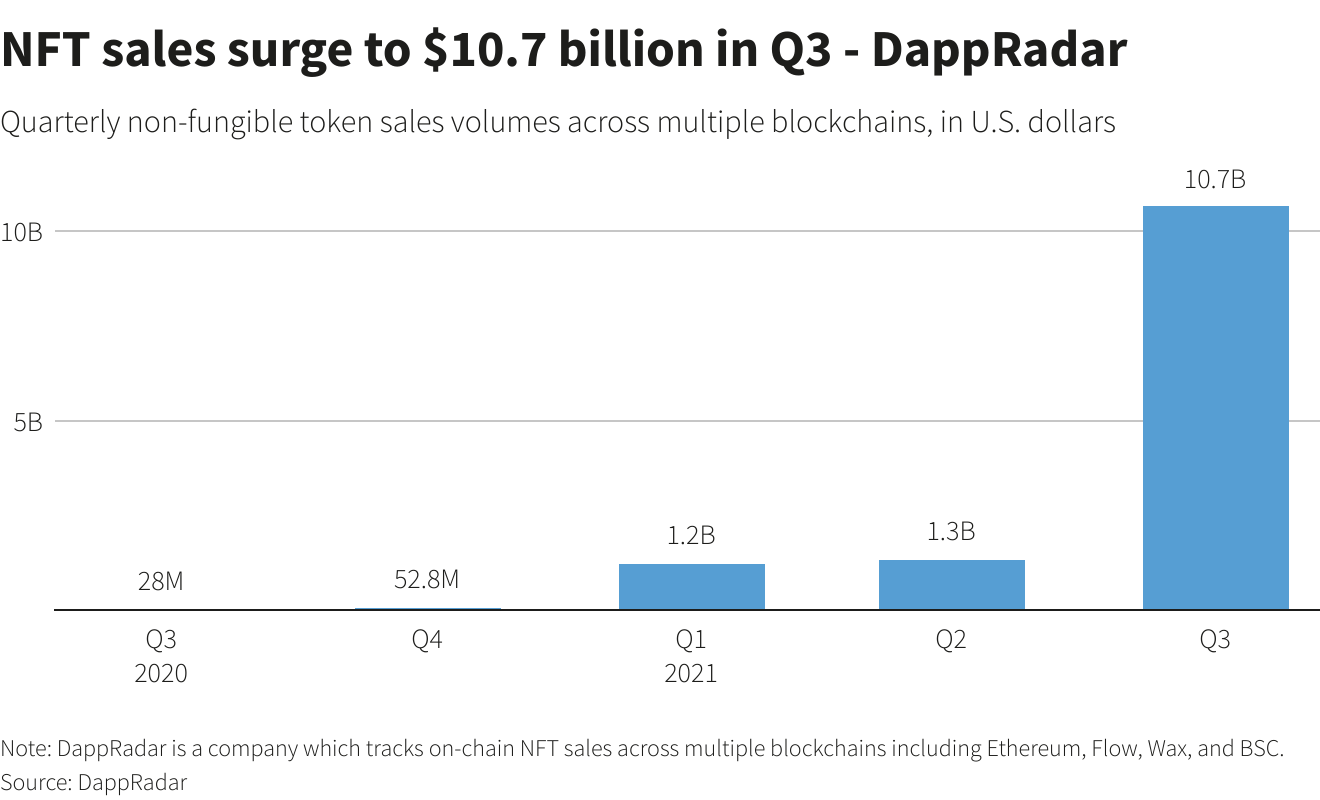 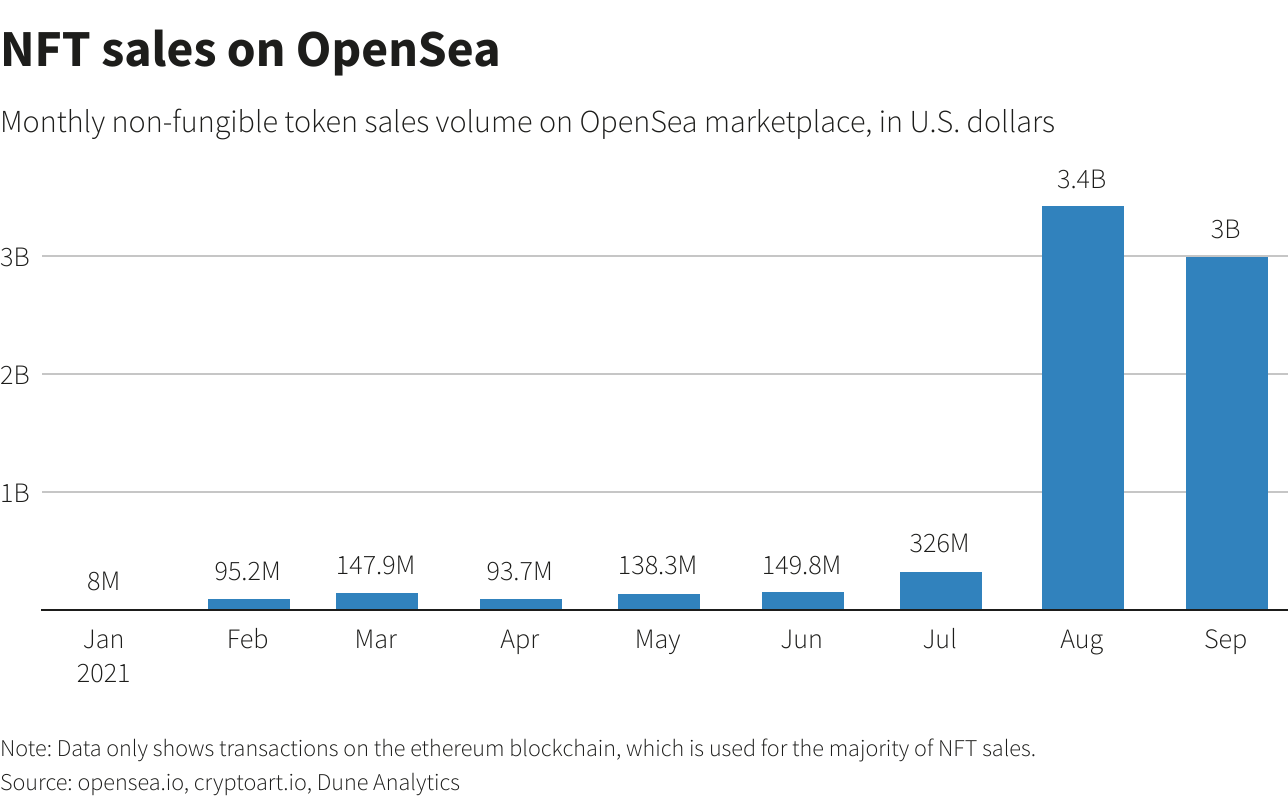 Cryptocurrency price gains during the COVID-19 pandemic are often cited as a driver behind the NFT market's growth -- because people use cryptocurrencies to buy NFTs -- but enthusiasts say that the crypto assets have value independently of market conditions.

To be sure, estimates for the size of the NFT market vary depending on what is included. Transactions which take place "off-chain", such as NFT art sales at auction houses, are often not captured by the data.

Meanwhile, NonFungible.com, which tracks NFTs on the ethereum blockchain only, puts the 2021 total volume at $7 billion.

The most expensive known NFT sale was a digital collage sold at Christie's for $69.3 million in March. Since then, no known NFT has come close to this price, but auction houses still hold NFT sales, often fetching millions. 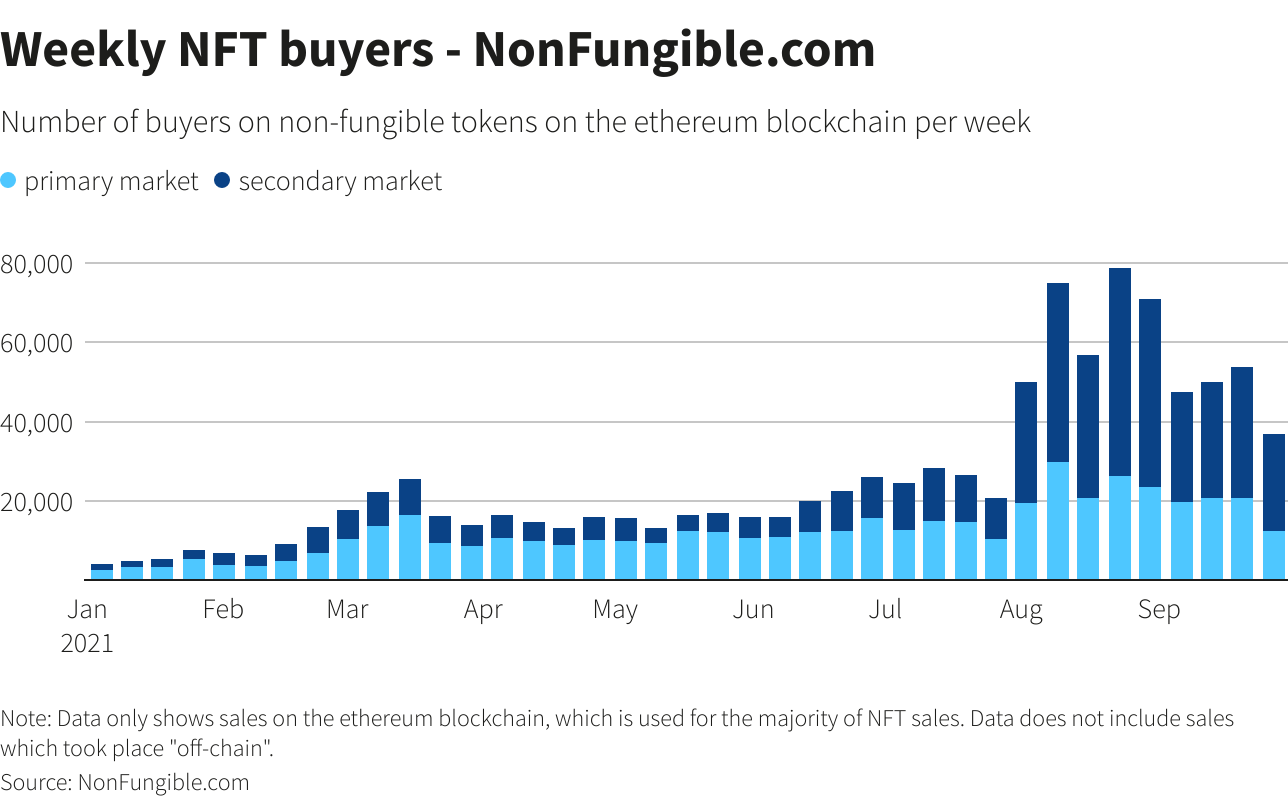 However, despite growing sales and celebrities and other investors jumping on the trend, the number of NFT buyers remains relatively small: there were just 265,927 active wallets trading NFTs on the ethereum blockchain in Q3, NonFungible.com said. 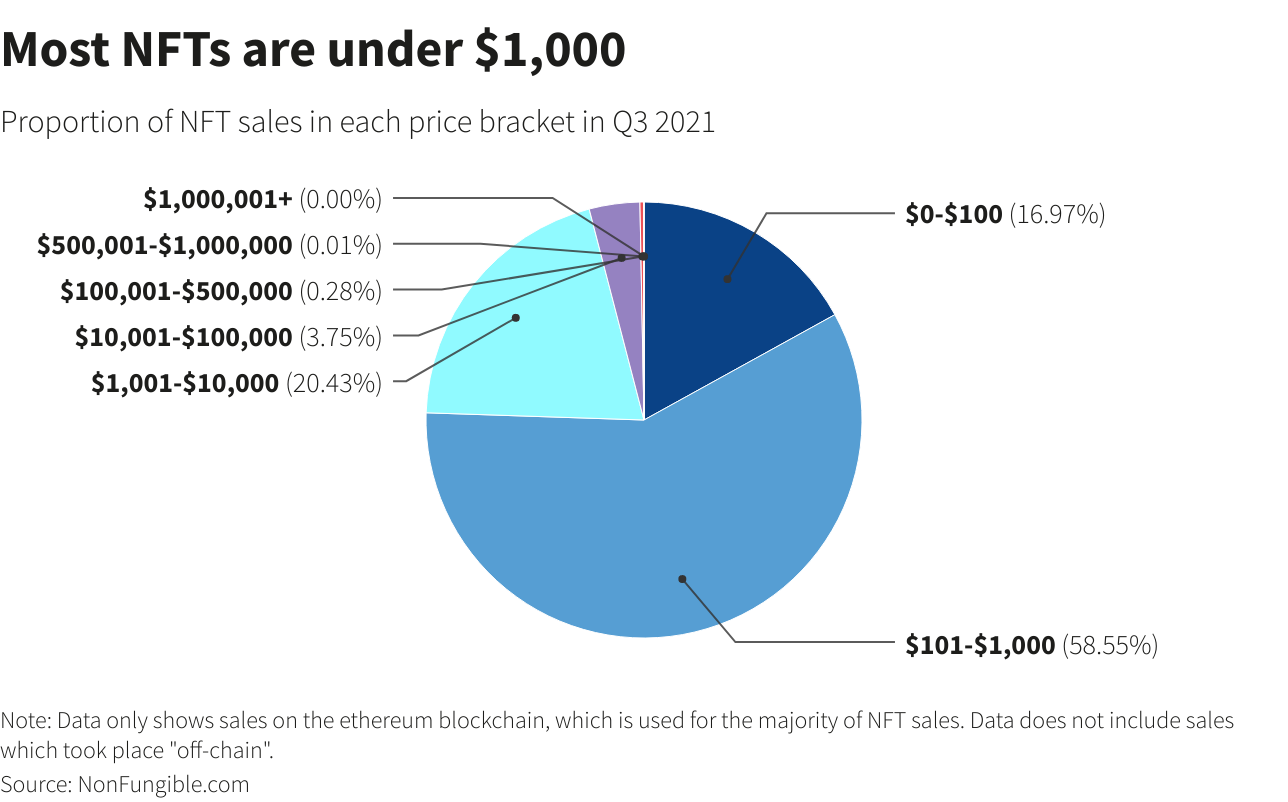 One NFT brand to see particularly high growth in Q3 was Art Blocks, a U.S.-based project which sells NFTs of algorithmically-generated digital artworks. 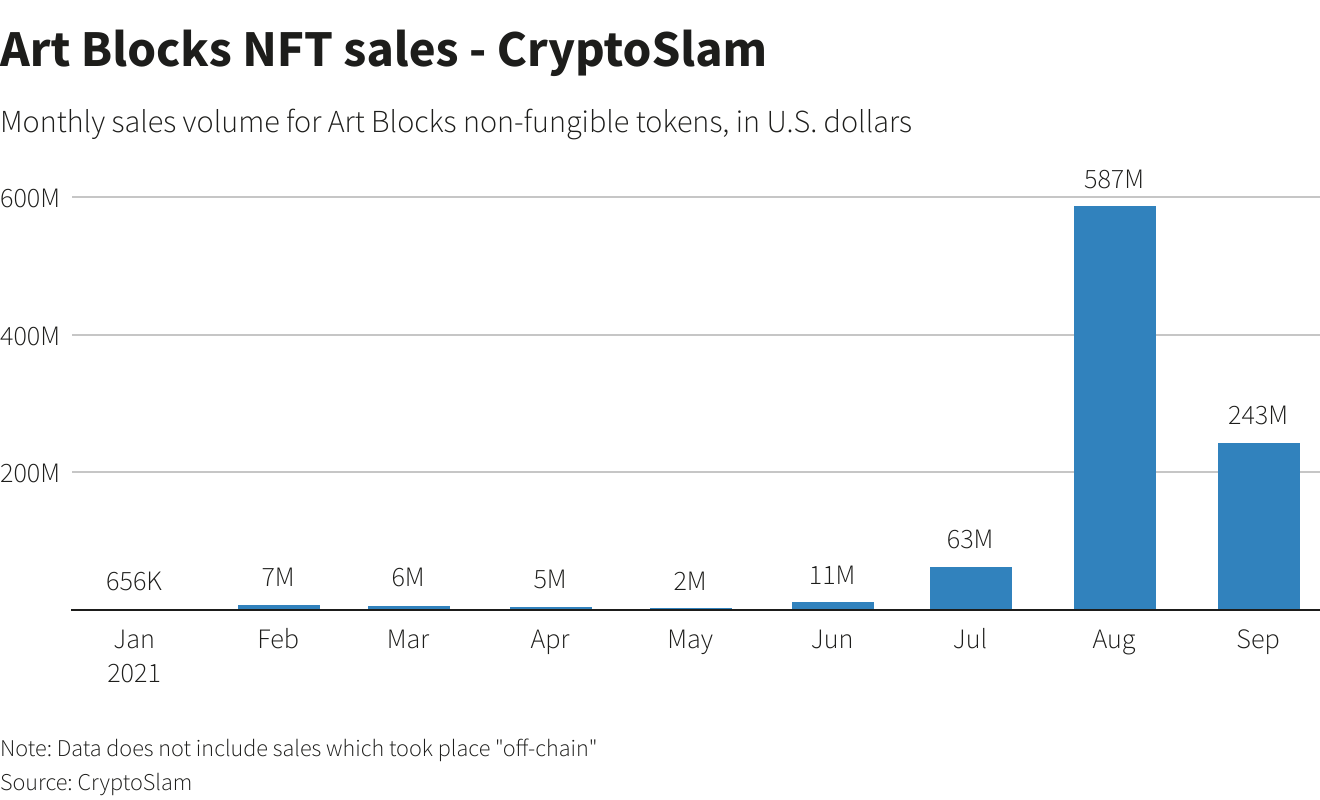 HUR_CINDY x LIBOO (piece 33 of 40) Edition #1
Now HUR is offering their limited edition [HUR & The Thunder Beast NFT Collectables], extracted from the creation process of their saga, The Revelation of HUR. There will be only 40 NFT’s per character issued, consisting a total of 240 NFT’s. Collectors who own all 6 will get a chance to enter a lottery to a hidden 1 of 1 NFT art which inherits a “ lifetime backstage VIP pass ” to any official HUR concert The prize winner will be announced in HUR‘s Instagram @ 7/24/2021 Instagram:HUR_Official_