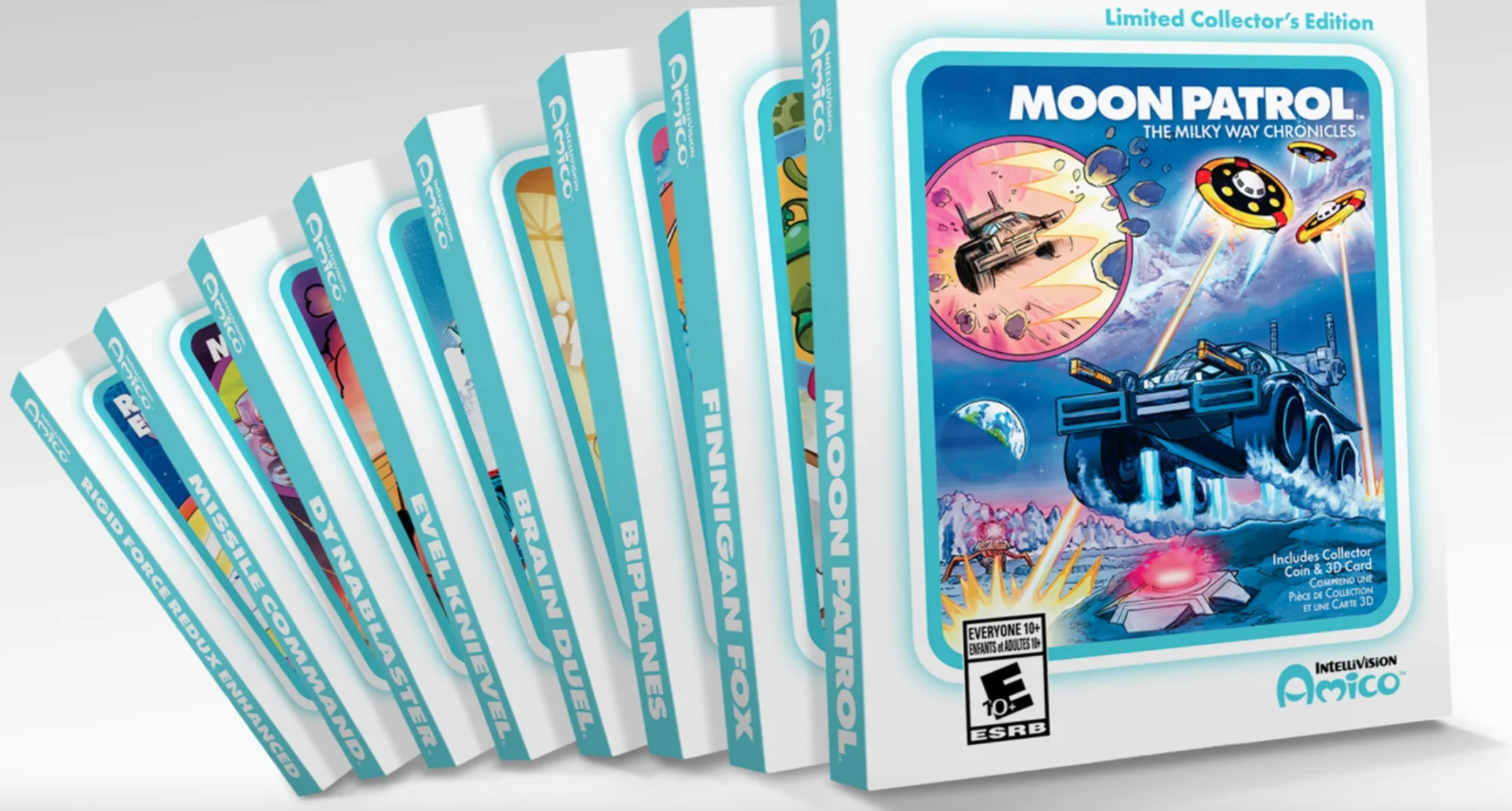 Amico console currently has no release date, but you can no buy physical games for it

TheIntellivision Amicois a retro-inspired android-based console that was supposed to be out October 20, 2020 but has suffered numerous delays since then. And now, even before the console has shipped to backers or customers, the company is selling “physical” games for it in limited-time bundles ranging from $80-150. All of the games come with a coin and are NFTs for some reason.

If you don’t know what the Amico is, don’t worry, you aren’t alone.We recently covered the yet-to-be-released machine back in September.To sum it up: The console is anover-priced Android console, like the Ouya, that will feature a lot of ported over mobile games and even some flash games.It will cost $250-300and features a bunch of LED lights, when it eventually comes out... one day.

Well, sort of. See, while it is true that the games come in some nice-looking physical packages and even come with nifty little coins and cards, the actual game isn’t in the box. Instead, what is in the box is an RFID card which can be used with your Amico (one day) to unlock access to whatever game is connected to that card. You’ll still need an internet connection to download the game, but CEO Tommy Tallarico explained that it’s only a one-time connection. After that, you can play it all you want offline, which is nice!Still, that does seem to defeat one of the main purposes of physical media, which is the ability to have access to games even after servers shut down or digital stores close.

In a press release, Tallarico said that he’s confident “collectors will really enjoy this” but I’m not so sure about that.

But the more worrying issue is that each of these games you purchase and download through the RFID card is tied to anNFTthat itself is part of a blockchain. We’ve already written a lot about howNFTs are a giant scam,horrible for the environment, andfilled with ethically dubious assholes and grifters. So seeing Amico align itself so closely withNFTsis less than ideal. It makes what was already a really hard-t0-sell console and adds another layer of “oh, no...” on top.

If you are interested in owning an NFT ofa mobile game released a few years agofor a console that isn’t out yet,you can head over to Intellivision’s store page. There you’ll find three packages. One that contains all eight games for $150 and two other collections that contain four games each for $80.

Bless and Curse
What does it mean when your dreams feel so real?