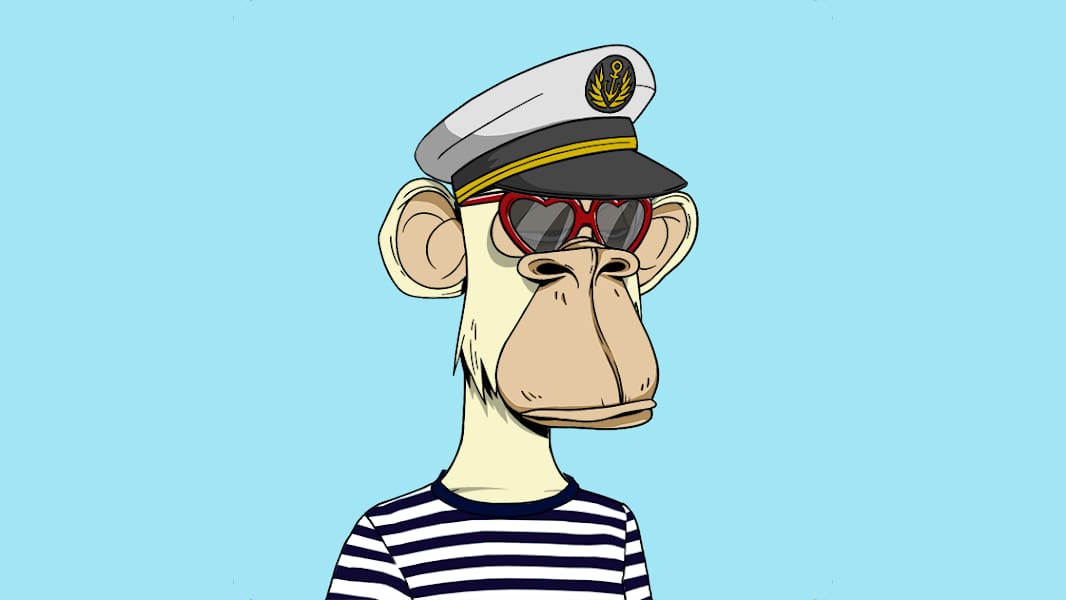 The company has been working with television host Jimmy Fallon and Post Malone, the rapper, as clients fora beta versionof the service.

Both men have recently touted items they’ve acquired from the Bored Ape Yacht Club collection, which currently cost a minimum of 43.9 ether (or $186,000) a piece.

Fallontweeted a pictureof Bored Ape #599 on November 12 with the caption, “Permission to come a bored?” The day before, Fallon explained that he had used MoonPay’s services to acquire the piece duringan interviewwith digital artist Beeple.

A MoonPay spokesperson told The Block that there is no commercial relationship between the company and Fallon.

But a cursory glance at transaction data relating to Bored Ape #599 shows it was purchased by MoonPay for 46.6 ether (around $196,000) and later transferred to another address (presumably Fallon’s). So what happened?

The transactions stem from the fact that Fallon is an early client of MoonPay concierge service, the firm’s spokesperson clarified.

They described the initiative as a “white glove service for high net worth individuals who want to purchase NFTs in the simplest way without all the hassle of setting up a wallet, buying crypto, using that crypto to purchase an NFT and then taking custody of it.”

MoonPay later invoices its clients for the NFTs and any other services rendered, they added.

A closer look at the company’s transaction history on OpenSea would suggest that the rapper Lil Baby is also using the concierge service. Bored Ape #129, which he hasused as a profile pictureon Twitter,was transferred to himby MoonPay last month.

Furthermore, datarecorded on Etherscanshows that MoonPay has sent four payments totalling 325.1 ether ($1.37 million) to a wallet controlled by Post Malone over the past month. MoonPay’s spokesperson confirmed that the rapper has been using the concierge service to acquire crypto as well as NFTs.

Earlier this week, MoonPay confirmed that it hadraised $555 millionin a round led by Tiger Global Management and Coatue, valuing the company at $3.4 billion.