26/11/2021 Guest Column: Tarantino vs. Miramax — Behind the NFT ‘Pulp Fiction’ Case, and Who Holds the Advantage

Big-name players are likely to come to blows over NFTs sooner rather than later, and often there's no clear contractual language to determine rights. 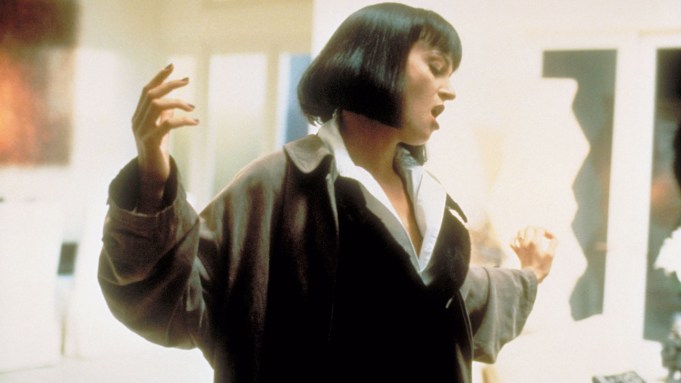 Earlier this month Quentin Tarantino announced a planned sale ofNFT’s, or “non-fungible tokens,” based off of his original hand-written script ofPulp Fiction. Within days Miramax, the studio that produced the iconic 1994 film,filed suit. The NFT goldrush, which started in obscure corners of the Internet and then moved to sports and art, has now reached Hollywood with full force.Tarantino’s attempt to recruit NFTs to givePulp Fictiona second life has, unsurprisingly, already commanded a lot of attention.

Who can “mint” NFTs related to an existing film or TV series — and what aspects can be minted — is a frontier rights question for the entertainment industry. Miramax’s lawsuit is the first big-name dust-up over it, but unlikely to be the last. Few if any existing contracts expressly discuss NFTs. Already murky ownership and intellectual property questions threaten to capsize some attempted NFT launches, perhaps including Tarantino’s. For these reasons, thePulp Fictionsuit offers a window on legal disputes to come.

YouTube will explore NFT features for creators
Tom Brady's NFT agency raises $170 million in funding from crypto investors
NFTs In Music: Watch The Most Recent Pro>Sessions Installment To Learn About How You Can Use Your Art To Digitally Capitalize

The details of exactly what Tarantino is proposing to sell are murky, butMiramax’s complaintand thewebsiteTarantino has stood up to hawk the NFTs both offer clues. Tarantino’s website explains that the NFTs are linked to scanned images of handwritten early drafts of thePulp Fictionscript, replete with misspellings and cross-outs:

Each NFT consists of a single iconic scene, including personalized audio commentary from Quentin Tarantino. The collector who will purchase one of these few and rare NFTs will get a hold of secrets from the screenplay and a glimpse into the mind and the creative process of Quentin Tarantino. The owner will enjoy the freedom of choosing between:

Tarantino’s claim that the NFTs “consist” of the images and audio commentary is misleading. NFTs don’t actually incorporate images or sound.They are simply small bits of code, recorded in blockchain.NFTs often contain a “hash” of some image—that is, a short cryptographic code—and some contain a link to an internet address that displays a copy of the image. The hash is not the image (or the sound file) and cannot be used to reproduce or display it. As we explain below, this is important from an intellectual property perspective. An NFT may also contain the seller’s cryptocurrencywallet address, and sometimes an address for asmart contractthat governs future transactions in the NFT.

In short, an NFT isn’t an image, or a sound file, and doesn’t contain either. So why is Tarantino selling NFTs along with the screenplay images and his audio musings? Doubtless in part to capitalize on all the hype NFTs have generated, and in part to ride the rush to all things ‘90s. But there is a deeper reason.

NFTs are touted as a 21stcentury, blockchain-based version of the age-old paper certificate of authenticity. Still,as we’ve previously pointed out, if the point of NFTs is to identify a particular copy of some work of art as “authentic,” they are about as good — or as bad — as the paper certificates that we’ve been relying on forever. Yet perhaps because of their loose connection to booming cryptocurrencies, NFTs, as digital attestations of ownership, can command enormous valuations in the market. Indeed, the third-highest selling artwork in history by a living artist was attached to an NFT by the little-known artist Beeple, sold last spring by Christie’s for $69 million. The underlying art, of course, is readily available online — for free.

Whatever the source of the magic of NFTs, Miramax would prefer that it, and not Tarantino, collect the potentially huge windfall at stake. And in an attempt to seize back the opportunity, Miramax accuses Tarantino of breach of contract and copyright and trademark infringement.

Are those claims likely to succeed? The outcome of litigation is notoriously difficult to predict. But at this early stage, and barring new developments, we give a slight nod to Tarantino.

Miramax’s breach of contract claim argues that their original 1993 contract with Tarantino gives them the right to mint NFTs related toPulp Fiction. That claim faces a couple of hurdles.

The first is that the contract doesn’t mention NFTs — not surprising as almost no one outside a small group of techno-savvy blockchain enthusiasts were even aware of the concept before this year. The second is that in the contract Tarantino explicitly reserves certain rights. Specifically, Tarantino retains the right to:

print publication (including without limitation screenplay publication, “making of” books, comic books and novelization, in audio and electronic formats as well, as applicable).

Whether Tarantino’s reserved right to screenplay publication covers the planned NFT sale is the core question in this dispute. Miramax says no, not because the contract prevents Tarantino from widely disseminating the screenplay, but for the exact opposite reason — Miramax claims that Tarantino doesn’t have the right to a restricted sale. Miramax argues that “the proposed sale of a few original script pages” is a “one time transaction” which isn’t “screenplay publication.”

This argument is weak. Miramax is relying on the fact that under U.S. copyright law, distribution of only a small number of copies to a small number of recipients isn’t usually considered publication — unless no limitations are imposed on further distribution. And here, Tarantino is promising to give his buyers carte blanche to “shar[e] the secrets publicly with the world” — that is, if the buyer wishes, to email copies of the screenplay image to everyone he or she knows or even post it to the internet for all to see. Ironically, by promising to conveymorerights to the buyer, Tarantino is better able to circumvent Miramax’s objections.

As a result, it looks to us like Tarantino is acting within his reserved rights to publish the screenplay (or portions of it), including in audio and electronic formats. If Tarantino has the contractual right to sell images of portions of the script, there’s no breach of contract. And there’s no copyright infringement either — Tarantino can’t be deemed an infringer of materials the contract gives him the right to copy and distribute to the public.

Miramax also challenged Tarantino’s unauthorized use of imagery on his NFT auction website—specifically, cartoon illustrations of the characters played by John Travolta and Samuel L. Jackson. Characters are copyrightable, so these illustrations are indeed potentially infringing. Miramax is on much stronger ground here, and perhaps in acknowledgement, Tarantino has already replaced the cartoon drawings of the belovedPulp Fictionhitmen with a headless figure wearing a suit that simply looks similar to the suits those characters wore in the film.

It’s imaginable that the court might find that Tarantino’s initial use of the characters was infringing, but that already-rectified misstep is unlikely to generate substantial damages or result in an injunction halting the sale of thePulp FictionNFTs.

Last are Miramax’s trademark claims. To show trademark infringement, Miramax will have to show that consumers are likely to be confused about the source of Tarantino’s NFTs — that is, that a substantial number of consumers are likely to mistakenly believe that Tarantino’sPulp FictionNFTs actually originate with Miramax.That is going to be a difficult argument to make.

First, although Miramax has trademark registrations forPulp Fictionrelating to a number of categories of merchandise like action figures, costumes, posters, tote bags, and mugs, none of these registrations mentions NFTs. That isn’t surprising, and doesn’t alone doom Miramax’s trademark claims. But it does make them chancier.

Second, Miramax cannot allege infringement based on consumer confusion about the source of the images and other “secrets” that Tarantino is hawking along with the NFTs.The Supreme Court has heldthat trademark claims cannot be based on confusion about the source of “communicative products” like an image. Moreover, whether trademark law even applies to digital files at all is an open question: UCLA trademark guruMark McKennahas mounteda strong argument that they do not, and to date few courts have opined on the matter.

Yet even if trademark law is theoretically relevant, it’s difficult to see how consumers are likely to be confused here. ThePulp FictionNFTs are literally branded as the “Tarantino NFTs,” and the public likely associatesPulp Fictionfar more strongly with Tarantino, who wrote, directed, and acts in the film, than with Miramax, which ponied up the money to make it. Any residual possibility of consumer confusion could likely be addressed by a statement on Tarantino’s NFT website disclaiming association with Miramax. In short, the trademark claims, if properly handled, shouldn’t derail the NFT auction.

In the end, the Miramax/TarantinoPulp Fictiondispute is both less and more than meets the eye. Less, because in reality this is largely a grubby contract dispute, in which the NFTs in question are mostly a MacGuffin. More, because the dispute demonstrates that big-name players are likely to come to blows over NFTs sooner rather than later, and often there will be no clear contractual language to determine rights. And when that happens, the copyright implications are likely to be harder to sort out.

Consider, for example, what happens if someone mints an NFT connected to the work of another filmmaker or musician without their consent. Perhaps surprisingly, there may be no copyright implications because no copies are actually being made or distributed. The NFT may point to a link for a webpage that displays an image belonging to someone else. But that, in and of itself, is not clearly illegal.

Indeed, this basic sequence has already happened. After thePulp FictionNFT dispute blew up online last week, intellectual property expert Brian Frye created and quickly soldhis ownPulp FictionNFT. Along the way, Frye poked a bit of fun at Tarantino, Miramax, and the entire notion that something as quicksilver as “secret thoughts” can be owned:

Ownership of this NFT constitutes ownership of certain secret and confidential thoughts I created about the movie Pulp Fiction (1994), which was directed by Quentin Tarantino. The owner of the NFT will have exclusive access to those thoughts, which they may use in any way they like.

We don’t expect that either Miramax or Quentin Tarantino will sue Frye. And yet, if it turns out that NFTs aren’t just a manifestation of late-pandemic boredom, we expect that more than a few Hollywood lawyers will be re-reading old contracts and attempting to divine who has the rights to mint them.

Immortalz #1530
IMMORTALZ are a league of 10 000 multi-verse assassin that have escaped their reality. Govern and created by the ETHER Gods, these assassins will be looking for a new master!

T(r)opical
Inspired by and for the 2018 North American Bitcoin conference in Miami, Florida. The palm tree that has a cracked open Bitcoin coconut suggests that by traveling you can enjoy this tropical digital fruit. The peacock nesting in the tree has spread its wings to flaunt other integrated crypto logos as well. The famous Miami skyline at the bottom incorporates the coins, as well as the code that is transforming the banking buildings that made it. The origin of that skyline is in the 80's cocaine craze, so it is all incorporated into the story of foundational transformation, linked to a global movement. The file size is suitable for an 8K TV. Mr. Moe Levin, the founder of the conference is a collector a physical print of the work. Explainer video: https://www.youtube.com/watch?v=2J0ZfPCJdxY&feature=emb_title Upload resolution 8000x4000 PX at 300DPI