The Bored Apes have been sitting pretty all year, but the CryptoPunks may be seeing a second wind. 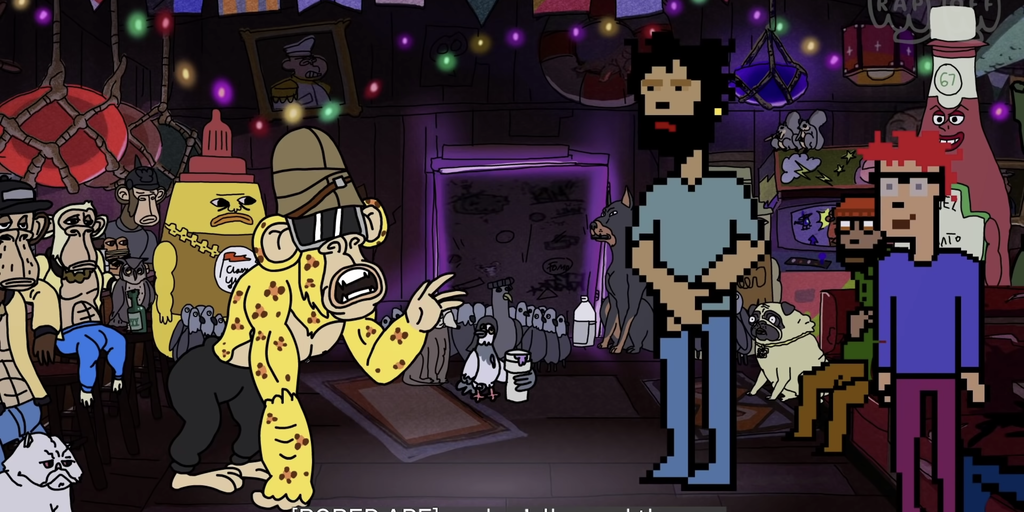 For a brief, shining moment Sunday morning, the CryptoPunks flipped the Bored Ape Yacht Club, the floor price of the veteran NFT collection topping that of the celebrity-coveted primates for the first time since March, according toNFT Price Floor.

As with the lastshort-lived flip, the Bored Apes quickly regained the top spot, which they've effectively held all year. Still,CryptoPunkshas been closing on theBored Ape Yacht Clubsince June, and if the trend continues, CryptoPunks may soon retake the lead—and hold it.

The CryptoPunks were created by Canadian software developers Matt Hall and John Watkinson of Larva Labs in June 2017. The collection of non-fungible tokens (NFTs) on the Ethereum blockchain is widely credited with sparking the NFT craze, inspiring theERC-721 standardas well as prominent collections that followed—including the Bored Ape Yacht Club, which launched in April 2021.

The Apes quickly captured the attention of celebrities, making ownership an A-List status symbol. By the end of the year, the floor price for a BAYC NFTflipped that of the CryptoPunks, holding the crown for almost all of 2022. And Bored Apes prices hitrecord highs in April, with a floor price of $429,000, as creator Yuga Labs prepared to launch itsOtherside metaverse.

Even amidst the chill of the subsequent crypto winter, Madonna declared that she's been"hellbent" on buying one. 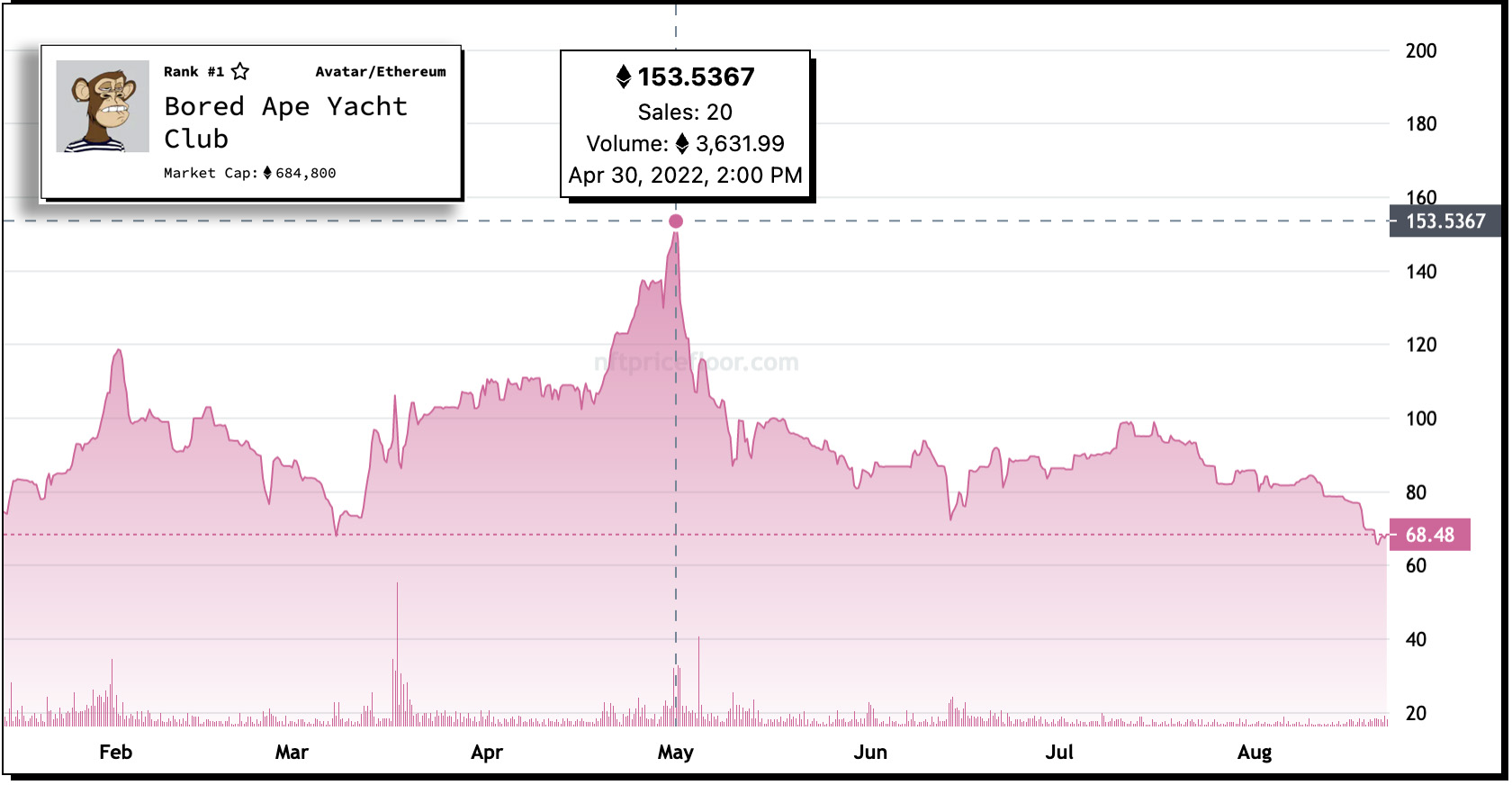 Themuch-touted rivalryis largely symbolic, of course, as Bored Ape creator Yuga Labsbought the rights to the CryptoPunksin March, and now owns both collections.

Further, this latest flip isn't the result of rising CryptoPunks values. The crypto bear marketbrought everything crashing down. Both Apes and Punks have actually lost value over the last 30 days, per NFT Price Floor. Apes are simply losing value faster, declining 28% versus 16% for Punks, when measured in USD.

In fact, Apes floor price fell 33% in just the past week—hittingan 8-month lowyesterday—compared to 24% for punks.

Still, CryptoPunks have picked up some momentum. In June, Yuga Labs hired Noah Davis away from Christie's to oversee the collection, and earlier this month, officiallyhanded over commercial rightsto CryptoPunks holders. Further, the crypto crash prompted some investors to pick upmore established, "blue chip" NFTslike CryptoPunks.

CryptoPunks saw a solid floor price jump at the end of June, while the Bored Apes merely held steady. Over the last few weeks, the gap has closed, leading to this morning's brief flip.

It's likely the two giant NFT collections will continue to trade places at the top of the charts over the next few weeks. But some members of crypto Twitter are suggesting that the Bored Ape Yacht Club hit its peak with the Otherside launch in April, whereas the future of CryptoPunks may now have more upside given their history and the recent handoff of intellectual property rights.

With this week's record low Bored Ape price, meanwhile, some analysts are pointing to thepotential for forced liquidationsof BAYC NFTs that were purchased with loans from BenDAO. As many as 72 Bored Apes could be sold at auction within a short time window, putting more downward pressure on prices.

It still may not be the economic indicator that some have been expecting, however.

CryptoKitties
What's up! I'm Kitty #342897. I'm a professional Ventriloquist and I love hamburgers. I would give it all up to be on Oprah. Can you make my gorgeous dreams come true?