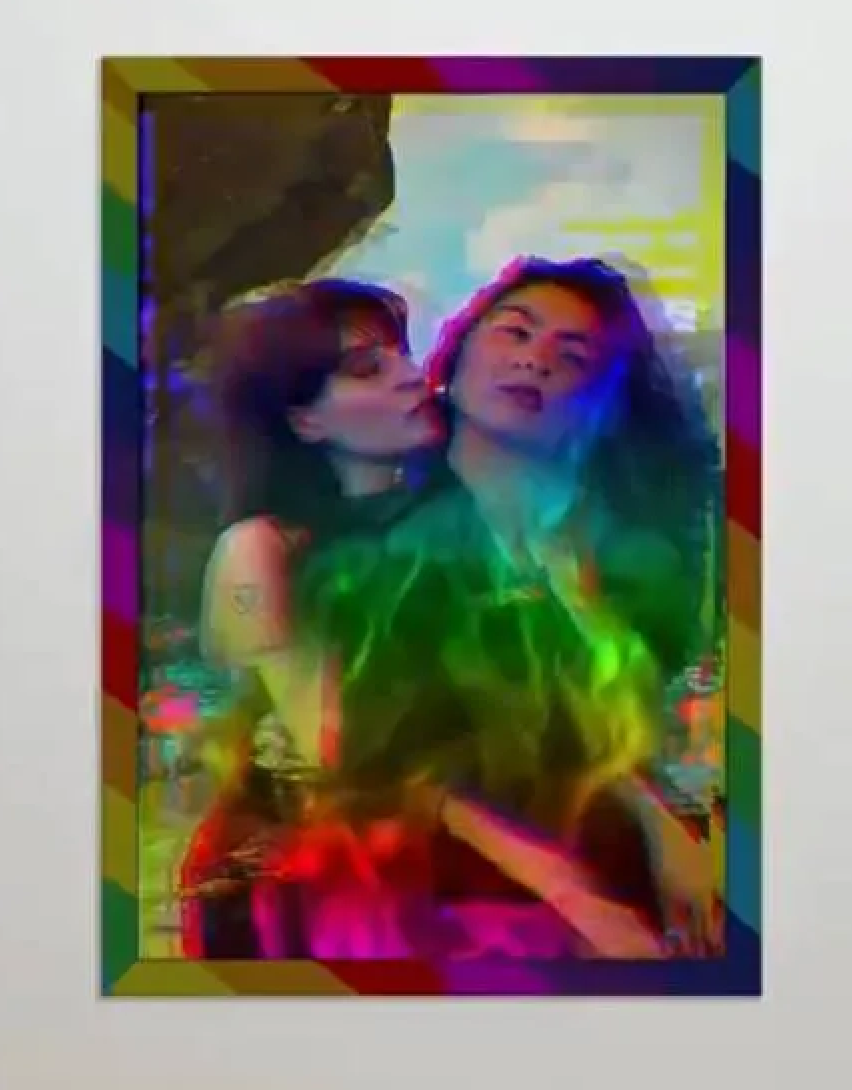 If the pandemic has been good for anything at all, it’s the fuelling of online shopping, interaction and creativity. Case in point: the recent prominence of artists (and their less-obvious collaborators) pushing non-fungible tokens, or NFTs—digital collector cards that accompany an artwork, providing bonus material. An idiosyncratic Easter Egg, if you will.

If you’ve heard of them, chances are you hadn’t just a few months ago. This doesn’t make you uncool or unaware. While it’s true they’ve been knocking around since 2014 (see Decentraland or CryptoPunks), they didn’t hit the mainstream until early 2021, with many high-profile and unexpected collaborators wanting a slice of the crypto pie.

For example, Liam Payne of One Direction teamed up with Grammy-winner Zedd and audio-reactive artist Sillygabe to create the Lonely Bug Collection, launched a month ago. This was a product of lockdown boredom (plus a somewhat stalling solo career and lots of money to play with) and allowed Liam’s fans to bid on NFTs to gain special prizes, such as a place at the table next to the singer himself at an immersive dinner party in Las Vegas.

How successful this has been for Payne has not been announced; he’s gone quiet on the subject since it launched, and his following consists largely of teenage girls (albeit in their millions) who likely don’t have the disposable income to throw around on digital art bidding. Nonetheless, Payne’s popularity and reach will have opened NFTs up to vast group who might normally be uninterested.

Another artiste tossing his hat into the NFT ring is two-time Oscar-winner Anthony Hopkins. The Hollywood star (who famously skipped Skyping into the Academy Awards to accept his gong for The Father this year because he thought he wouldn’t win) appears in Zero Contact, a movie shot mostly on Zoom and the first film released on VUELE, the world’s debut NFT viewing platform.

Meanwhile, in March, Christie’s sold American digital artist Beeple’s work Everydays: The First 5000 Days for $69.3m. The auction house made further NFT history in May when it offered traditional paintings by women alongside tokens by the anonymous digital feminist collective Rewind.

Having honoured women, Rewind has now focused on LGBTQ+ youth, teaming up with fashion house Givenchy, specialised sales platform Veve, and art space Amar Singh Gallery. More history has been made by this collaboration. Not only did they sell the world’s first NFT for a beauty brand, they did it in two seconds, making $128k. Gallery owner Singh told V.F.: “Rewind created the work using original photography, editing the images digitally, utilising animation to create this burst of movement that was in celebration of LGBTQ+ rights.

“If you look throughout the artwork there’s the pride flag, the trans flag, two women, two men—it’s very powerful. It was sold in 1,952 editions and they all sold out. That’s monumental. And it’s the first time we’ve seen one of the largest companies in the world embracing digital artwork. And rather than doing this for profit, they’re doing it for good.”

The artwork is titled “Pride” and draws inspiration from Givenchy’s hallmarks in a series of animated portraits symbolising diversity, the assertion of identity and the fight for equal rights. The message: a universal kind of beauty.

Givenchy Parfums have donated the money raised to Le MAG Jeunes (Movement for the Assertion of Young Gay, Lesbian, Bi & Trans people), a French initiative founded in 1985 in Paris, which raises awareness and delivers support at schools by lobbying international institutions and promoting the implementation of more inclusive public policies.

“It was an honour to partner with Givenchy, Amar Singh Gallery and Veve to raise this money for such an important cause,” says Rewind. “As artists, our mission remains committed to highlighting the underrepresented and marginalised.”

And they’re up for more. “Rewind Collective want to collaborate again alongside me for further LGBTQ+ causes,” Singh says. “We are looking at other digital artworks and artists as a new frontier to help solve global issues around women’s and LGBTQ+ rights.”

So are NFTs the way of the future, now that auction houses, perfumers, Silence of the Lambs fans and Directioners are all clubbing together to get involved?

“There will always be physical art, but digital art opens the gate to millions of collectors,” Singh weighs in. “Gen Z, millions of young people, will continue to buy this type of art, I’m certain.”

Mistletoe #1231
Uh, hi! My name's Mistletoe #1231. I once peed on Marie Antoinette's cat. They had it coming. When no one's home, I invite my pals over and we listen to Wutang. It's pawesome to meet you!