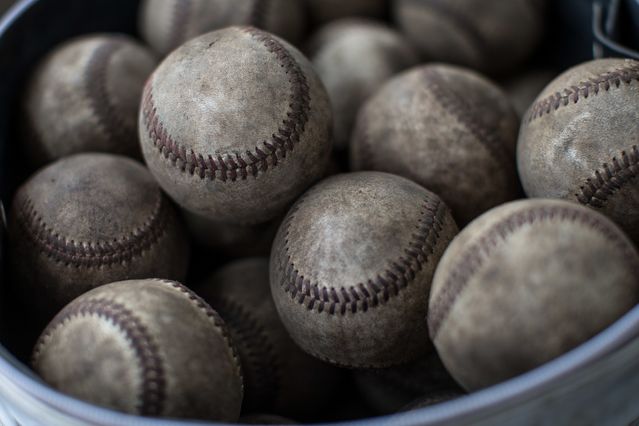 The NBA created a line of digital collectibles called NFTs that was briefly worth nearly $2 billion earlier this year. Now, Major League Baseball is launching a similar collectibles business — but it’s not looking to inspire the same kind of financial frenzy, according to the executives behind the project.

Starting with a launch of stadium images on Monday, the baseball league is trying to more closely link the images it sells with the experience of being a fan — and less about the wild world of cryptocurrency. For NFTs to last beyond a flash in the pan, they will have to inspire emotional reactions beyond making a fast buck. Given the nonsense that pervades the market — including things like virtual rolls of toilet paper, or NFTP,–that will be no easy feat.

“I’m not selling things where I want our fans to buy them and flip them,” said Kenny Gersh, Major League Baseball’s executive vice president of business development.

To reach fans, MLB has to make lines of software code feel like the pieces of cardboard your grandfather played with.

“We’ve had a long sort of storied history in the collectible space,” Gersh said. “Baseball cards are sort of the original collectible.”

Just as fans now use streaming services to watch baseball games, collectibles are going online too. “To me what an NFT is, it’s the same as a baseball card,” he said.

NFTs, or nonfungible tokens, gained widespread attention this year because some of them sold for shocking amounts of money. NFTs are digital files that track ownership of items in a ledger, similar to the way that the Bitcoin blockchain tracks ownership of Bitcoin.

The “nonfungible” part of the name indicates that each NFT is unique, unlike each Bitcoin. An artist named Beeple sold a piece of digital art for $69 million through Christie’s. And a project called NBA Top Shot that the league started with a crypto company called Dapper Labs in 2019 suddenly took off in February, with video clips selling for tens of thousands and even hundreds of thousands of dollars. One clip of a Lebron James dunk went for $387,600.

Each Top Shot moment is “minted” a certain number of times, to create an artificial scarcity. The concept of an NFT can be difficult to grasp, because each of the moments is also available to watch on Youtube or other video services, so “owning” it is different than owning a physical object that can be locked in a safe. But people who were already comfortable with crypto grasped the concept. As the price of cryptocurrencies took off earlier this year, some plowed their winnings into NFTs. In February, the collective value of all Top Shot moments were worth nearly $2 billion, though their value has since come down to about $800 million.

On the one hand, NFTs are exciting because they are one of the rare instances where crypto has taken hold beyond financial speculation. Verifying ownership of a collectible on an encrypted digital ledger is a useful exercise, potentially cutting down on frauds and forgeries. It also opens up a new market for digital artists who haven’t gotten the recognition or financial rewards of other artists like painters or sculptors. At the same time, NFTs can also seem like the most ridiculous and speculative part of the crypto market, because people are buying items like digital images of socks or tacos for thousands of dollars, often in the hopes that they can flip those assets for multiples of the initial selling price.

“Unfortunately for us, it was probably a little bit ahead of its time,” Gersh said.

This time, the league is teaming up with a company called Candy Digital that is a partnership between Mike Novogratz, CEO of crypto merchant bank Galaxy Digital, entrepreneur Gary Vaynerchuk, and the Fanatics company that already sells MLB-licensed merchandise.

Candy has already sold two NFTs for charity. One was a representation of Lou Gehrig’s famous “Luckiest Man” speech at Yankee Stadium. It sold to Tyler Winklevoss, co-founder of crypto exchange Gemini, for over $70,000, with proceeds going to charities supporting people suffering from ALS. Another charity auction involved the sale of both digital and physical representations of the Los Angeles Dodgers World Series ring from last year, along with a VIP ticket to a game and the chance to throw out the first ball. That one went for $130,000.

MLB has also been working with card company Topps on another NFT line.

The NFT line that launched on Monday is called MLB Stadium Series, and it is made up of digital renderings of stadiums by an artist named S. Preston. There’s a “steel” edition that people can buy for $100, and a “gold” one that will be sold via auction that will also get the winner VIP tickets, a first pitch in a game, alumni meet-and-greets and a stadium tour. Some of the “steel” buyers will also get in-person rewards too. Monday’s launch included the Boston Red Sox’s Fenway Park and the Mets’ Citi Field. Other stadiums will be released on a weekly basis.

Candy is trying to answer the question “What does it mean to be a fan?” said Candy CEO Scott Lawin in an interview. “And how can a digital asset enhance that experience on your phone, on your computer, but ultimately, when you’re at the stadium or when you’re at home watching the game?” Candy also wants to figure out how to make the items feel like collectibles that can appreciate in value over time — but without the wild gyrations of the crypto market. Lawin said he was clear early this year that the Top Shot valuation was “a massive bubble, totally not sustainable.”

He wants to avoid enabling a financial bubble that will eventually turn off people who are more excited about baseball than they are about crypto.

“We don’t see a lot of inherent value in some of the things that are out in the marketplace,” Lawin said. “They’re set up in these structures where they’re these digital lottery tickets.”

“You don’t just want to go out and clip a coupon and try to make a bunch of money in a hot market, you really need to think about this strategically,” he added. The NBA did not respond to a request for comment on Top Shot’s financial performance.

The future of NFTs, Lawin thinks, is one that more closely connects to the physical world. Fans who attend a historic game like a no-hitter, for instance, could receive an NFT commemorating that experience and validating that they were there. And buyers might get a chance to meet a player or otherwise interact with their idols. The average baseball fan probably doesn’t care much about cryptocurrency. In fact, that may be more true of baseball than of other sports, given that the average age for those watching nationally televised games is 57, according to one analysis.

“Our objective is not to go out to the 50-year-old baseball fan like myself, and say, ‘Hey, let me tell you about crypto,’” Lawin said. Instead they’ll approach their customers as fans first. “Here’s a new marketplace, a new asset that you can buy and give to your son or your grandson. Here’s a digital collectible that isn’t just something that you’re going to store on your computer, but it’s actually going to reflect the performance of that player.”

Baseball now has information about a fraction “of the people who walk through their turnstiles,” Lawin said. “The more people who own digital assets, and start to use those, it’s much easier to connect with those fans, reward that participation and build that community in a different way. That’s what we see as the big opportunity.”

Ringers #109
Art Blocks is a first of its kind platform focused on genuinely programmable on demand generative content that is stored immutably on the Ethereum Blockchain. You pick a style that you like, pay for the work, and a randomly generated version of the content is created by an algorithm and sent to your Ethereum account. The resulting piece might be a static image, 3D model, or an interactive experience. Each output is different and there are endless possibilities for the types of content that can be created on the platform.