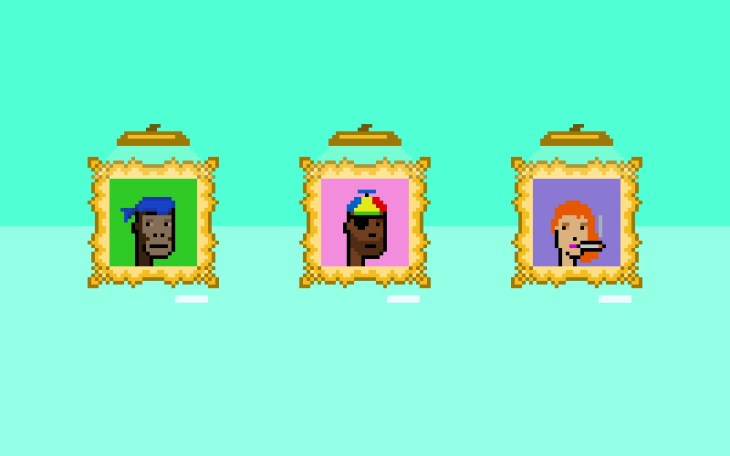 Hello friends, and welcome back to Week in Review! Last week we dove into Bezos’s Blue Origin suing NASA. This week, I’m writing about the unlikely and triumphant resurgence of the NFT market.

If you’re reading this on the TechCrunch site, you can get this in your inbox from the newsletter page, and follow my tweets @lucasmtny.

If I could, I would probably write about NFTs in this newsletter every week. I generally stop myself from actually doing so because I try my best to make this newsletter a snapshot of what’s important to the entire consumer tech sector, not just my niche interests. That said, I’m giving myself free rein this week.

The NFT market is just so hilariously bizarre and the culture surrounding the NFT world is so web-native, I can’t read about it enough. But in the past several days, the market for digital art on the blockchain has completely defied reason.

Back in April, I wrote about a platform called CryptoPunks that — at that point — had banked more than $200 million in lifetime sales since 2017. The little pop art pixel portraits have taken on a life of their own since then. It was pretty much unthinkable back then but in the past 24 hours alone, the platform did $141 million in sales, a new record. By the time you read this, the NFT platform will have likely passed a mind-boggling $1.1 billion in transaction volume according to crypto tracker CryptoSlam. With 10,000 of these digital characters, to buy a single one will cost you at least $450,000 worth of the Ethereum cryptocurrency. (When I sent out this newsletter yesterday that number was $300k)

It’s not just CryptoPunks either; the entire NFT world has exploded in the past week, with several billions of dollars flowing into projects with drawings of monkeys, penguins, dinosaurs and generative art this month alone. After the NFT rally earlier this year — culminating in Beeple’s $69 million Christie’s sale — began to taper off, many wrote off the NFT explosion as a bizarre accident. What triggered this recent frenzy?

Part of it has been a resurgence of cryptocurrency prices toward all-time-highs and a desire among the crypto rich to diversify their stratospheric assets without converting their wealth to fiat currencies. Dumping hundreds of millions of dollars into an NFT project with fewer stakeholders than the currencies that underlie them can make a lot of sense to those whose wealth is already over-indexed in crypto. But a lot of this money is likely FOMO dollars from investors who are dumping real cash into NFTs, bolstered by moves like Visa’s purchase this week of their own CryptoPunk.

I think it’s pretty fair to say that this growth is unsustainable, but how much further along this market growth gets before the pace of investment slows or collapses is completely unknown. There are no signs of slowing down for now, something that can be awfully exciting — and dangerous — for investors looking for something wild to drop their money into… and wild this market truly is.

Here’s some advice from Figma CEO Dylan Field who sold his alien CryptoPunk earlier this year for 4,200 Eth (worth $13.6 million today).

CryptoKitties
Ciao! I'm Kitty #405237. I've never told anyone this, but I once clawed a dog. I'm often described as fabulous, and I own it. I think you'll love me beclaws I have cattitude.