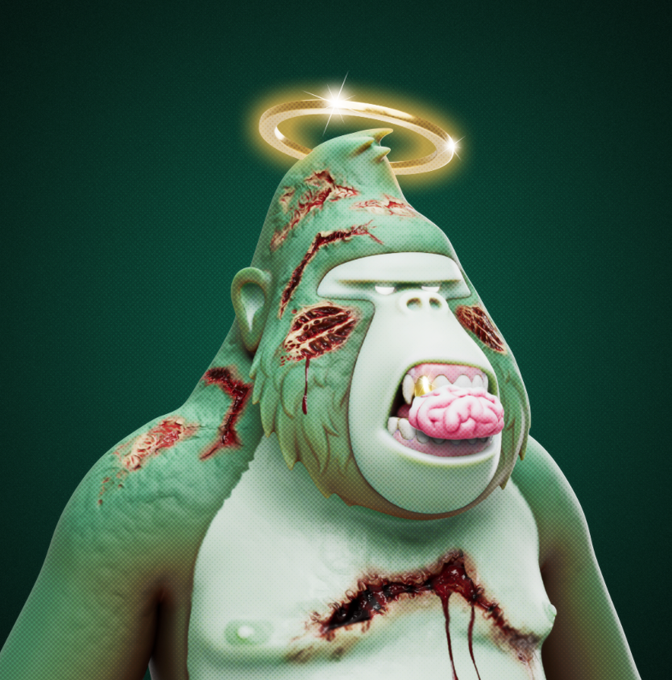 A Degenerate Ape Academy non-fungible token (NFT) on the Solana blockchain was sold Saturday for 5980 SOL, or about USD $1.11 million, in the largest-ever NFT sale on the rival to the Ethereum blockchain.

Apparently not content with having shelled out more than $1 million for an NFT of a scarred zombie ape with a halo eating a brain, Moonrock Capital, a Europe-based blockchain advisory and investment firm, announced a few hours later it had purchased a CryptoPunks knock-off NFT also on the Solana blockchain for 1388 SOL, or USD $257,446.24.

While the NFT craze initially focused on the Ethereum blockchain, that very popularity caused traffic and fees on Ethereum to skyrocket. As a result, rivals like Solana with much lower fees and traffic have taken off.

And the price of Solana’s native token has followed suit, with the coin’s market capitalization hopping over XRP and dogecoin, becoming the world’s sixth-largest cryptocurrency with a value of $54 billion compared with XRP’s $43.5 billion and DOGE’s $32 billion.

A month ago, one SOL could have been had for about $40. After hitting an all-time high earlier this week of more than $200, in recent trading the token was changing hands at about $185.

Lemonade
Hey cutie! I'm Lemonade. I've never told anyone this, but I once groomed a dog. I'm often described as wondrous, and I own it. This will be an amewsing friendship.