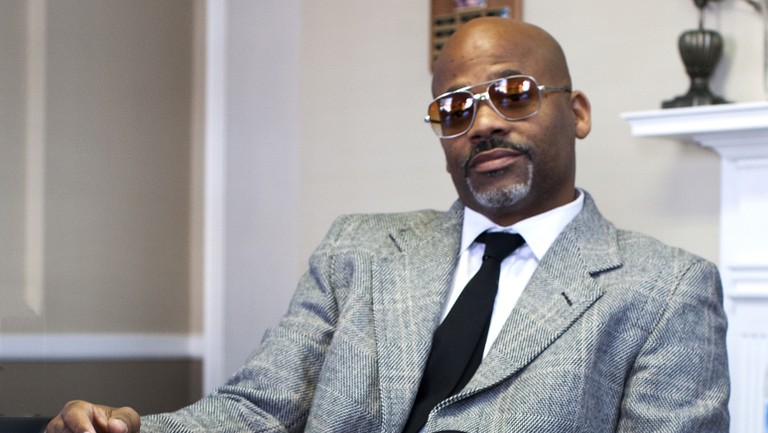 Roc-A-Fella Records Inc. is suing its co-founder Damon Dash for allegedly trying to sell a non-fungible token (NFT) containing ownership rights to the copyright for Jay-Z's 1996 debut studio album, Reasonable Doubt. The label says Dash doesn't own said rights and is seeking a court ruling to stop him from any further attempts to make the sale.

On Friday, Roc-A-Fella Records Inc. -- now owned by the Island Def Jam Music Group -- filed a complaint in the U.S. District Court of the Southern District of New York against Dash after he allegedly planned to sell an NFT of the album's copyright in a virtual auction hosted by investor platform SuperFarm. Bidding for the Reasonable Doubt NFT was set to take place from June 23 to 25, according to the claim, but the sale was canceled after the label sent a letter to SuperFarm "explaining why the sale was improper." Despite the cancellation, Roc-A-Fella says it believes Dash is still trying to sell a Reasonable Doubt NFT and has "refused to stop his efforts to sell [Roc-A-Fella Records'] most-prized asset."

Dash co-founded Roc-A-Fella Records alongside Jay-Z and Kareem Burke in 1995. It was officially incorporated in New York on Jan. 8, 1996, and became a division of Def Jam in 1997. The label became defunct in 2013.

Dash disputed the claims to Rolling Stone on Monday (June 21), claiming the lawsuit is inaccurate. He says he was not attempting to sell an NFT of the album, but that he was trying to auction his stake in Roc-A-Fella Records after he claims the label attempted to purchase it from him for a low price.

“When another Black man calls another Black man a thief, just to make him look bad and so that they can devalue an asset that that other man owns, just because he won’t sell it to him at a low price, I don’t think the culture needs that,” Dash told Rolling Stone.

“I just think it’s disappointing to also have a white lawyer calling me a thief on Juneteenth," he continued. "It’s very representative of what they do to someone when they try to make a good guy look like a bad guy, just because he’s doing good business.”

While Dash is refuting the allegations made against him, the lawsuit filed by Roc-A-Fella quotes SuperFarm's announcement of the initial sale, which read, "SuperFarm is proud to announce, in collaboration with Damon Dash, the auction of Damon‘s ownership of the copyright to Jay-Z's first album Reasonable Doubt. This marks a new milestone in the history of NFT's, entitling the new owner to future revenue generated by the unique asset."

Reps for both Roc-A-Fella Records and Damon Dash did not immediately respond to Billboard's request for comment.
Arts