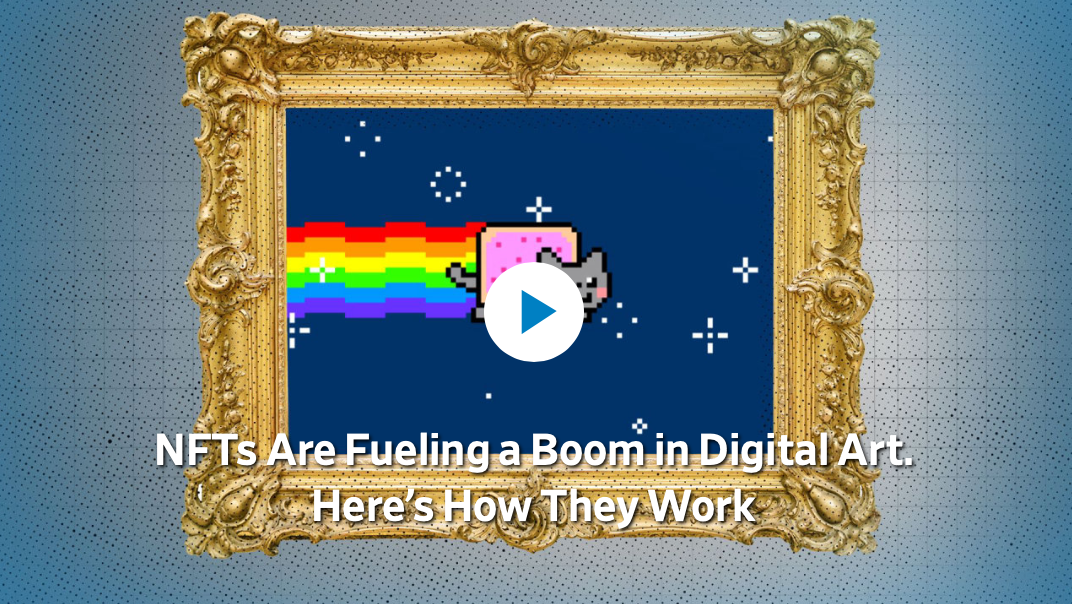 Nonfungible tokens, or NFTs, have exploded onto the digital art scene this past year. Proponents say they are a way to make digital assets scarce, and therefore more valuable. WSJ explains how they work, and why skeptics question whether they’re built to last.

https://www.wsj.com/video/series/wsj-glossary/nfts-are-fueling-a-boom-in-digital-art-heres-how-they-work/F5BA93AD-3DCD-4EFA-B064-C9143C81CB88
Digital designer and artist Mike Winkelmann, who goes by Beeple, sparked a global frenzy for non fungible tokens, or NFTs, after Christie’s sold his digital collage for $69 million in March—but since then he’s maintained a relatively low profile, stoking curiosity about his next big move.

Now, Mr. Winkelman is opening up, revealing that he’s had a rocky entrée into the art establishment even though he currently ranks as the world’s third most-expensive living artist after Jeff Koons and David Hockney. Instead of chatting up the world top’s collectors and curators, he’s primarily focused on launching a new NFT venture next month that will seek to transform historic moments into collectible NFTs. He’s planning to start with tennis star Andy Murray’s 2013 Wimbledon win.

“I wouldn’t say the art world has been overly welcoming,” Mr. Winkelman said. “Everyone is taking a cautious approach toward me and NFTs, and I get it because it’s all happened so fast.”

Immediately following Christie’s sale of Mr. Winkelman's “Everydays—The First 5000 Days,” a gold-rush atmosphere spread across the art market, with dozens of artists and galleries clamoring to sell NFT art. The early fever appears to have subsided, though pioneering and seminal NFT artworks created by digital artists including Pak, Mad Dog Jones and FEWOCiOUS continue to sell at auction houses such as Sotheby’s, Christie’s and Phillips for record sums.
Arts

CryptoKitties
Oh hi! I'm Kitty #452623. I believe that one day cats will rule this planet. I am 21% oracle, 29% Mad Scientist, and otherwise bad at math. I hope we can be annoying friends.