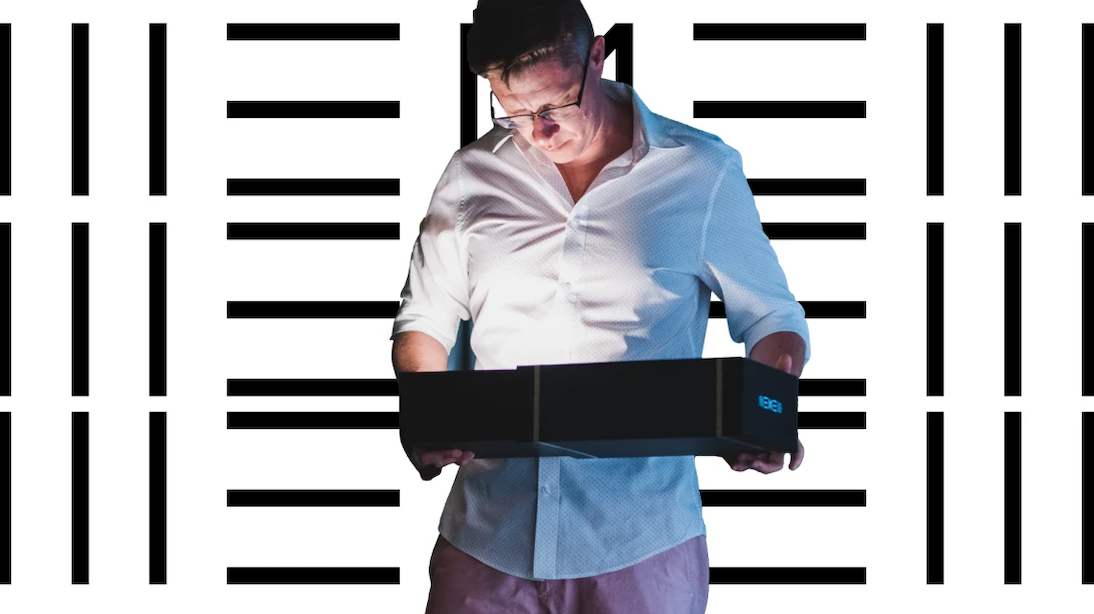 Artist Mike Winkelmann has been a catalyst in the NFT boom with his record-breaking sale. With his new platform, Wenew, he’s looking beyond the hype.

Artist Mike Winkelmann, also known as Beeple, became the poster child for the NFT craze when his digital artwork Everydays—The First 5000 Days sold for a record-breaking $69.3 million in March.

The sale was backed by an NFT, or nonfungible token, that authenticates the ownership of digital assets. The sometimes staggering sums attached to NFT transactions in the heat of the fervor a few months ago—and then the cooling in the market shortly thereafter—have led skeptics to believe it’s all just a bubble.

But Winkelmann is leveraging the hype around his own success to create what he hopes will be a more sustainable market for NFTs through his new venture, Wenew, a curated platform to auction off historic and iconic moments across sports, politics, history, fashion, and more.

Each collection is created in collaboration with the person, estate, or organization behind the moment, with IRL experiences included for the buyer. For example, Wenew’s first auction will feature tennis champion Andy Murray’s match-winning point at Wimbledon 2013 that marked the first time in 77 years that a British player won the U.K.-based Grand Slam title. Whoever wins the bid will also get the chance to play a match with Murray at Wimbledon and receive two courtside tickets to the 2022 Wimbledon finals.

“We’re really trying to add as much value to these NFTs as possible,” Winkelmann says. “Everybody’s [asking], What gives NFTs value? And it’s really no different than any other medium, whether that be music or paintings. It’s the emotional connections we have that gets to people.”

Winkelmann chose to create a platform of existing cultural milestones as opposed to, say, curating and auctioning original digital art as a way to align the value of NFTs with these valuable moments in history.

“This is something that connects with people in a different way than digital art does,” he says. “By taking moments that we already have given relevance to in culture, it’s another use case for NFTs that I think will show people the value of these things in a different way.”
Still, one of the the persisting criticisms of selling moments like Murray’s win, or other iconic sports moments such as NBA Top Shot, or memes, tweets, and so forth, is that they’re already accessible to everyone. In a way, offering physical experiences does make it feel like you’re not just buying a YouTube clip.

That said, Winkelmann doesn’t see Wenew’s approach as a dismissal of the value of NFTs as is. “Does the NFT itself have value without those things? Absolutely, but it can’t hurt to have those things,” he says. “It’s almost like a relationship between the collector and the creator that can evolve over time. It’s definitely something that does add value to it and that we believe is another differentiating factor from the other NFT platforms.”

With a platform like Wenew, there’s also the question of who’s doing the curating and what are they deigning as important. In other words, how inclusive will these collections be? “We focus a lot on the values of diversity and inclusion and making sure that the moments we are presenting are indicative of the world we live in, not of the media that we experience,” says Michael Figge, partner and CEO of Wenew. “We hold ourselves to a very tight definition of what a moment is, and we’re not trying to be everything to everybody. We’re just looking for the very best moments that are created by influencers of culture.”
At the moment, Wenew isn’t disclosing its other partnerships that will follow Murray and Wimbledon. But Figge says they’re looking at moments “with the lens of making sure that diversity is super key.”

Another concern for Wenew, and really the crypto space overall, is the environmental impact.

The mining process that creates NFTs, or cryptocurrency like Bitcoin, employs high-powered computing that, in turn, requires vast amounts of energy. According to one estimate, making an average NFT has the carbon footprint of more than 200 kilograms, which is the same as driving 500 miles in a gas-powered car.
“A big piece of our focus with [Wenew] is making sure it’s done in a very sustainable way,” says Winkelmann, who earlier this year participated in a carbon-neutral digital art show through the Open Earth Foundation that raised $6.6 million.

Before Wenew goes into heavy circulation with its auctions, the company will employ Layer 2 solutions, which is basically a set of protocols to process transactions off the blockchain to help with scalability, speed, and sustainability.

It’s just one of the ways that Winkelmann and Figge see Wenew as being a long-term platform and not just here for the hype. “There’s this gold rush [in] NFTs, like, ‘You gotta get in now or the moment is going to pass.’ We absolutely do not believe this,” Winkelmann says. “We’re very much taking a very slow and steady release schedule to make sure each moment is given the respect it deserves and to add as much value and education around it as possible.”

Figge adds: “Unlike a lot of other offerings that are trying to launch with ‘Here’s how much money we raised’ or ‘Here’s how many things we have for sale,’ we’re really about the quality of the story. We think our moments are so valuable that people are going to want to pass them on in their wills.”
Arts

CryptoKitties
Hey cutie! I'm Kitty #452844. All you need to know about me is I hate cantaloupe with a passion. I was voted most likely to work at NASA in college. It's pawesome to meet you!

Chromie Squiggle #4697
Simple and easily identifiable, each squiggle embodies the soul of the Art Blocks platform. Consider each my personal signature as an artist, developer, and tinkerer. Public minting of the Chromie Squiggle is permanently paused. They are now reserved for manual distribution to collectors and community members over a longer period of time. Please visit OpenSea to explore Squiggles available on the secondary market.