The non-fungible token craze has made its way to the annual Turkey Day parade. 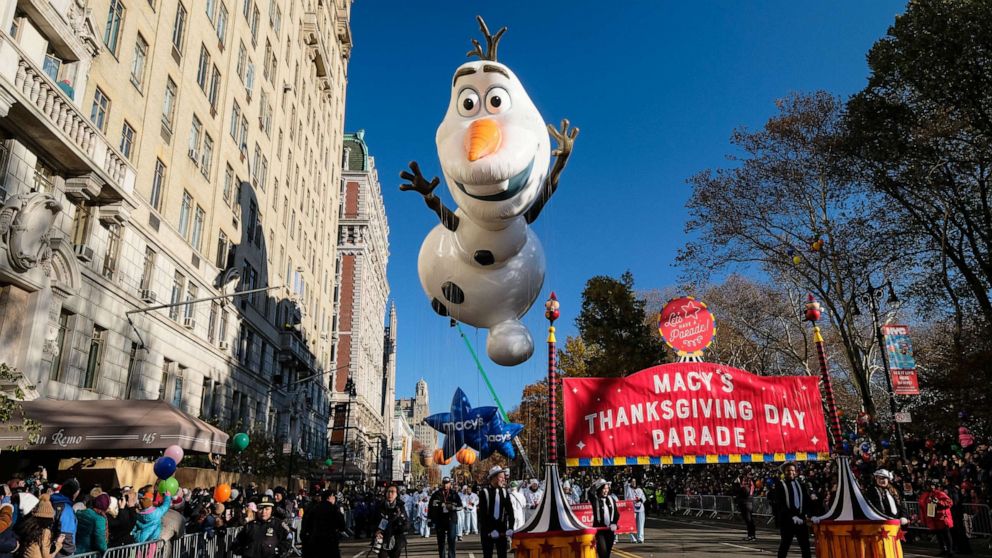 Macy's is turning some of the iconic balloon designs from its annualThanksgivingDay parades into non-fungible tokens (NFTs), some of which will be auctioned to benefit the Make-A-Wish foundation.

Macy's first-ever NFT series is launching in celebration of its 95th annual Macy's Thanksgiving Day Parade, which is returning in full-swing this year after pandemic restrictions curbed some of its excitement last year.

"As we celebrate our rich legacy, 95 years in the making, we were struck by the unique place the Parade holds in pop culture, always evolving and reflecting the greatest characters and artists of each generation," Will Coss, the executive producer of Macy’s Thanksgiving Day Parade, said in a statement.

"To celebrate that history, we created art in a new form through NFTs that would bring the magic of the Parade to a new generation while raising funds for our partner Make-A-Wish," Coss added.

The NFTs are based on Macy's archival content and balloons that have appeared over the parade's nine-decade history. They are being designed by a digital art agency REOMETRY.

Starting last Friday and going through Nov. 30, Macy's is auctioning 10 of its unique NFT designs, and 100% of the proceeds generated from these 10 digital collectibles will go toward benefitting Make-A-Wish, a group that grants life-changing wishes for children with critical illnesses.

Macy's is also dropping an additional 9,500 free generative NFTs, featuring past parade balloon designs, that will be available on a first-come, first-serve basis starting at 10 a.m. ET on Thanksgiving Day. The auction and NFT drop can be accessed at macys.com/NFT.

Bids on some of the 10 NFTs up for auction have already topped $5,000 as of Tuesday.

The NFTs are powered by the platform Sweet and built on the Polygon blockchain. Even if the free NFTs are sold by fans in the future, 10% of any sales generated will be donated to Make-A-Wish, in perpetuity, using the blockchain technology.

NFTs have exploded in popularity amid the pandemic, creating an entirely new marketplace in recent years for digital collectors. Many recent NFT sales have garnered eye-brow raising sums. An NFT of Twitter CEO Jack Dorsey’s first-ever tweet fetched some $2.9 million in March. A collage by digital artist Mike Winkelmann, known as Beeple, fetched a whopping $69 million when it was auctioned as an NFT by Christie’s.

Rare
*hissing noises*! I'm Rare. I'm a professional Dogwalker and I love wet food. I was voted biggest teacher's pet in college. We can be friends, but keep the ultra purrsonal stuff to yourself, please.