After a successful debut in San Francisco, a first-of-its-kind NFT art exhibition, which will allow visitors to view digital art through an augmented reality headset, is coming to Denver. 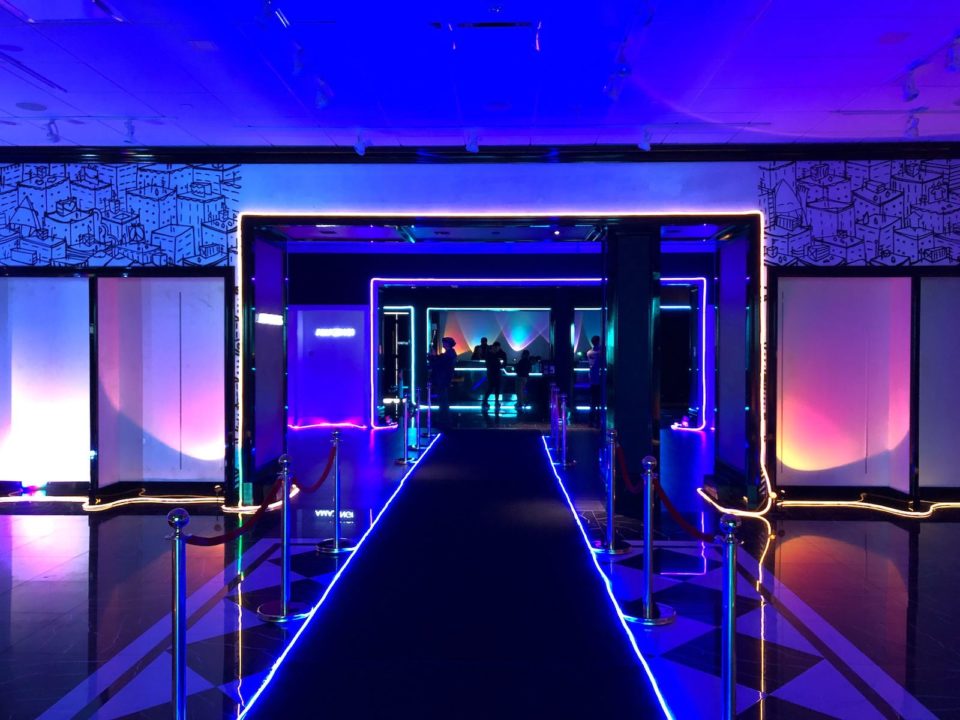 When visitors first arrive at the Denver Pavilions’ new pop-up exhibit, they may initially be disappointed to see what appears to be an empty room. Once they put on the Microsoft HoloLens 2 headset (a pair of smart glasses that once put on, allow the user to explore a virtual 3D world), however, the space will transform to a digital art gallery, with pieces consisting of everything from a blooming lotus to a series of floating jellyfish.

The experience is part ofVERSE: The Art of the Future, a show run by California-based tech startup Enklu that officially opens to the public on April 20 (an end date is yet-to-be-determined). It includes art from some of the biggest creators in the NFT space, includingBored Ape Yacht ClubandBlockBar, as well as local artists likeChris Dyer,Hyperstasis, andMichelle Kohler. Denver will be the second city to host the augmented reality experience. Enklu held a similar exhibit in San Francisco this past February, during which Lyons-based artistAndroid Jonesmanaged to sell his piece, “Electro Forest,” for 11 Ethereum (like Bitcoin, Ethereum is a cryptocurrency—one Etherum is worth approximately $3,000 U.S. dollars).

After the Crypto Crash, NFT Collectors Are Digging in Their Heels
How Apple’s App Store Policies Squeeze NFT Startups
NFT Marvel Marketplace: The next frontier for Fans of Marvel

While all of the art featured is digital, most of the pieces are NFTs, or non-fungible tokens. For those who are not cryptocurrency connoisseurs, trying to understand what an NFT actually is can feel like taking a graduate course in rocket science. But Ray Kallmeyer, CEO of Enklu, thinks it’s simple.“What really trips people up when thinking about NFTs is they dive right into the ones and zeros and the heavy tech aspect of it,” Kallmeyer says. “But at its core, an NFT is just a digital collectible.”

While NFTs can take any form, from audio files toreal estate, they’re most commonly digital art that can be purchased using cryptocurrency. And just like physical art, there is value in owning the original NFT, instead of, say, taking a screenshot of one, which would be the equivalent of buying a print of an original. As tech writer Mitchell Clark withThe Vergeexplains, if you trade a Bitcoin for another Bitcoin, you still have a Bitcoin. Trade a one-of-a-kind trading card for another, however, and you have a completely different trading card. Collectors have even shown willingness to pay big crypto bucks for NFTs; pieces from renowned NFT collection Bored Ape Yacht Club sell by the minute for 140 Ethereum, around $430,000. “For the first time, digital artists can now earn an income from their work, just like traditional artists once could, and make a living off of these pieces,” says Kallmeyer.

The art world is trying to take advantage of the interest in NFTs—while also helping artists get paid—by promoting digital art work and hosting events. In October, Museum of Contemporary Art Denver held afour-part serieson how NFTs are changing the art space. Local art gallery IRL Art evenlaunched an NFT exhibitof its own in December.

As NFTs continue to grow in the art scene, Kallmeyer is hoping to lead the way. WhileVERSEwon’t be the first NFT exhibit in Denver, it will be the first one to fully incorporate augmented reality. After a successful debut with the technology in San Francisco, Kallmeyer and his team began eyeing Denver as the next place to try out the virtual space. “From Meow Wolf’s Convergence Station to the First Friday Art Walks on Santa Fe, I’ve never seen such a vibrant art and cultural space like the one in Denver,” Kallmeyer says. “While New York and Las Vegas and San Francisco have a lot of stuff going on, there’s just something special about Denver that we knew we had to have a part in.”

A basic $20 ticket will allow visitors to see the art using a smartphone or tablet of their own, but we recommend going with the slightly pricier admission fee at $39 a ticket, which gives visitors the opportunity to fully immerse themselves in the experience with the Microsoft headset. A premium admission ($85) even comes with a collectible NFT, a sort of digital party favor.

Most of the NFT art on display is up for sale, with prices set by the artist, all in Ethereum, a cryptocurrency where one Ethereum is worth about $3,000. The nearly 50 pieces available include a stunning, realistic portrait by Michelle Kohler ($900) and an adorable pixie in a jar by artistPixie Jars($60).

As for Kallmeyer and his team, they hope to open other exhibits across the country after Denver, with dreams of even hosting international experiences. “In my opinion, this is the future of art galleries,” Kallmeyer says. “I know Denver residents will love it.”

CryptoKitties
Good morning! I'm Kitty #391038. My friends describe me as annoying and stinky. I was voted school jock in college. Will you be the ranch dressing to my ghost pepper hot sauce?