To his left, a vat of bodies gesture and writhe in a kind of amniotic soup, attended by a video game robot. The bot's red display reads “uWu”.

Behind the robot and filling the left side of the composition is an archaic figure composed of a variety of vintage objects and symbols. Among them are a hardbound book with ancient cuneiform scripts, indicating barley, beer, bread, ox, house, and sky, behind which is a grimacing, salivating jagged toothed maw; and an old Commodore floppy drive. The figure’s head tilts toward an illuminated crescent moon, suggesting the Egyptian Sacred Bull.

The archaic figure is composed of a variety of mutating cells, which shift in color, and pattern; eventually breaking free into an ephemeral broadcast of bubbles which move across the background.

The work came into being against a psychological introspection, which included associations to pop culture such as alien abduction and pod people, as well as quite a bit of reflection on grains as a symbol of civilization, agriculture, sustenance, life, and imbibing (mainly whiskies).
read more 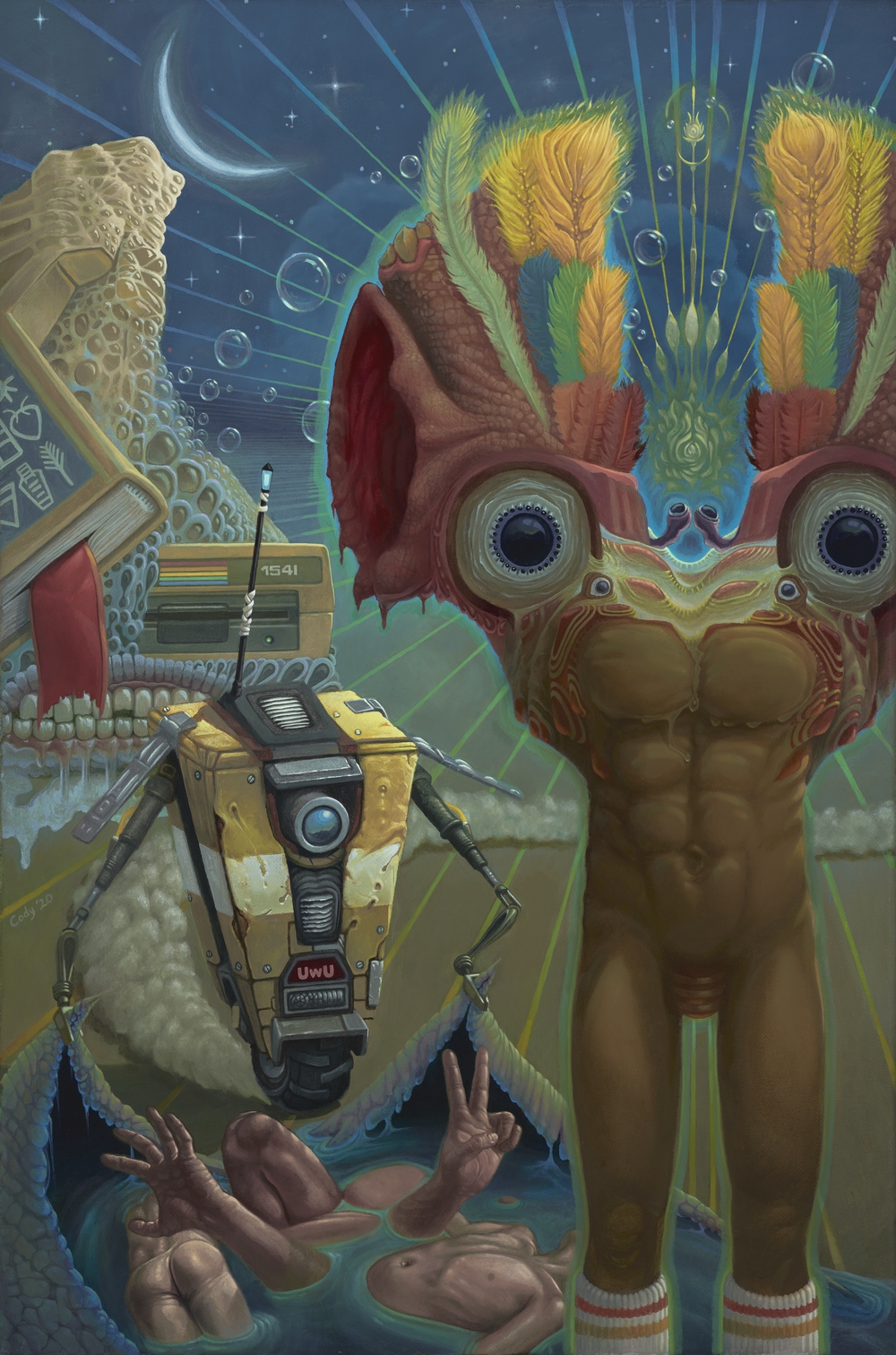 Sold
Crypto Bubble
Realize what you really want. It stops you from chasing butterflies and puts you to work digging gold. Digital Artwork by Sandro Ieva

Sold
Do Nothing (new variant) #7/15
Sometimes

Sold
No Shock #1/5
A new World where nothing shocks but everything is a mess. Bringing together everything in a mix media piece, re-working forgotten portraits and my contemporary street art to bring a maximal piece to question ourselves. PNG 1860 x 2600.

Sold
Banksta
Pump, dump and bump Banksta to death. Demon or dead normal? Print fiat at will. What more do you want?

Sold
Ethboy
Young Vitalik takes on the role of Picasso’s son Paulo dressed as Harlequin in this artwork but the octahedron Ethereum logo replaces the chequered pattern of the original jester outfit. Leaning against a large chair, the boy genius fiddles with his fingers in a somewhat nervous manner; nevertheless, he stares directly at the viewer with what appears to be a confident, ‘Mona Lisa-like’ smile. Vitalik has no idea what the future has in store for him, but he’s prepared to face any obstacle ahead as he begins life's adventure.