Trading
396 Views
Visit Website
Add to watchlist
The [email protected] series is a project around creating unique [email protected] designs. Originally it started as a daily project so each design was created on a daily basis. The concept and idea is based on the subcultural phenomenon of collectibles and designer toys. Raw Cut [email protected] is made of several hundreds of diamonds and is only availabe as a 1/1 limited edition collectible. 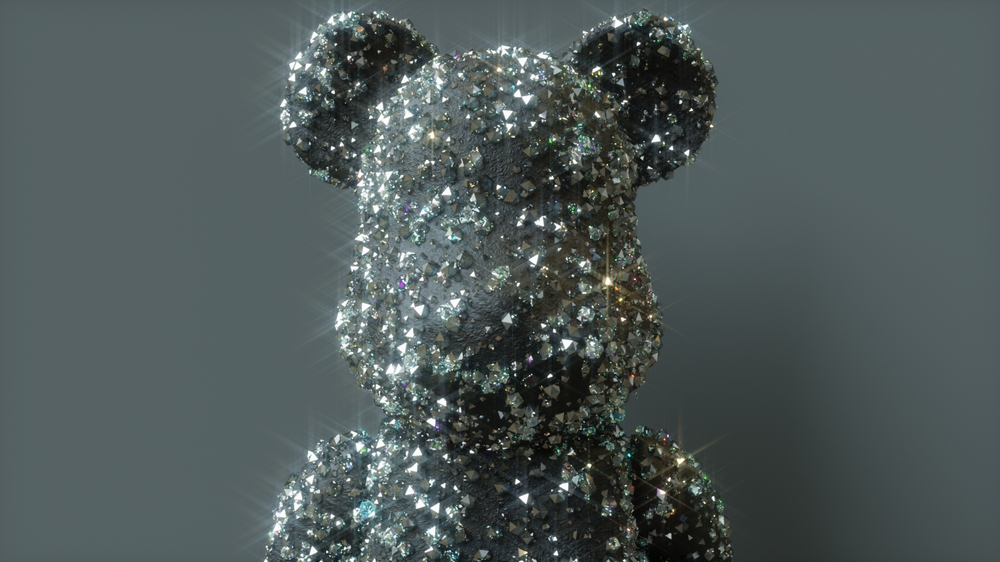 Sold
Despair
A gothic artpiece glorifying the worst of feelings , materialized by an ornate skull and dark mandalas

Sold
Really Remote Working Part 1
Created during the lockdown period whilst being confined to the same place every day, this piece is part of a series of imaginary places that I dreamed of being able to work from.

Sold
Best-case Scenario #10/25
Only the best

Sold
Candy Girl
Today we are the ones our parents warned us about in the past. Do you remember the colourful PEZ dispensers with the different faces? When we were kids we used to stack candy, and today we stack satoshis because we have a plan B. We stick to this plan because Mahatma Gandhi has already said, "First they ignore you, then they laugh at you, then they fight you, then you win. That is why we are giving the middle finger to the existing system.

Sold
Who is Satoshi Nakamoto?
"Who is Satoshi Nakamoto?" is dedicated to the mysterious creation of Bitcoin, and acts as the showcase artwork within Javier Arrés’ exploratory series "Bitcoin, The Origin". "Who is the creator of Bitcoin?" The artist, Arrés, explores this question, and the feelings of doubt and mystery that accompany it, through his unique artistic language. An unknown, an enigma. It should be remembered that the name Satoshi Nakamoto is a pseudonym of Bitcoin's author or authors and gives us little insight into its true creator. For this Visual Toy, Arrés uses the signature claw machine, his famous half-operation, to symbolize our collective ignorance and unconfirmed belief: As soon as it has the stuffed animal within its grasp and appears to have solved the puzzle, the animal escapes again, and again. At present, there are three more public and studied possibilities who are either believed to be the creators of the currency or who directly claim the creation of it. It may be all or none of them, yet these three personalities leave us clues which are an important part of this interesting enigma. For this moment, it will remain unknown... In this artwork, Arrés elevates the claw machine from the apparatus, to an iconic pop art object serving as an important element to the Bitcoin creation narrative. Action is everywhere, with each movement serving an iconographical or metaphorical purpose related directly to cryptocurrency: Various ups and downs, roller coasters, mining points, robot, coins and more speak to a sense of hope, risk, mystery, randomness and possibility of pay out. Hundreds of manically thought out details make this creation one of the artist’s most complex Visual Toys to date. ------- "Bitcoin, The Origin" is a set of two Visual Toys, titled "Who is Satoshi Nakamoto" and "It’s Alive!" which reflect and explore the mystery and enigmas behind the creation of Bitcoin. Arrés presents these proposals to us in his signature style, full of iconography, fantasy, maniacal animations and a panoply of details (both subtle and overt) which simultaneously fascinate, hypnotize, and narrate this historical milestone through the singular vision of the artist. Through this series, Arrés freezes a crucial moment of cryptocurrency history, taking a still photo under his vision and turning it into two unique crypto artworks. ---- More info about Javier Arrés: https://javierarres.com/about.html

Sold
Crypto Bubble
Realize what you really want. It stops you from chasing butterflies and puts you to work digging gold. Digital Artwork by Sandro Ieva